Telstra to use OneWeb satellites for regional coverage take-off 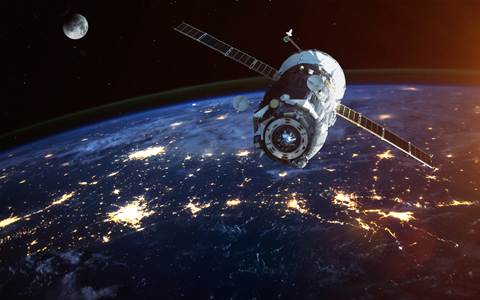 Telstra and OneWeb have signed a memorandum of understanding for the telco to use the satellite company's Low Earth Orbit (LEO) satellites to improve coverage across Australia and the Asia Pacific region.

He said this was a timely move when improving investment in digital infrastructure is central to Australia’s post-pandemic, economic recovery plans.

“We see lots of opportunities for our consumer, small business and enterprise customers using LEO satellite connectivity,” Penn said in a statement.

“From backhaul to back-up for resiliency, from IoT to  supporting emergency services, from home broadband to supporting agritech.”

“It also opens up opportunities in the wider Asia Pacific region alongside our existing and future operations.”

OneWeb chief executive Neil Masterson said, “together with Telstra, OneWeb’s global LEO network has the power to connect even the most remote parts of the region.”

“We look to realising our ambition to bringing connectivity to those hardest to reach."

The UK headquartered global satellite internet broadband company currently has 428 satellites and plans to build its fleet to 650.

OneOrbit provides coverage in remote regions in Alaska, Canada, and the North Sea.

The satellite producer has financial backing from companies such as Airbus, Softbank, Qualcomm and Virgin Group.

OneWeb said the partnerships improved its “ability to deliver technologies such as 5G and IoT anywhere.” OneWeb entered a deal with Telstra to build two gateway earth stations in Australia in 2019.

Grow your software revenue by selling these 5 affordable, essential tools for the modern workplace
By Jeremy Nadel
Mar 3 2022
11:45AM