Telstra trials drones that can improve mobile coverage in emergencies 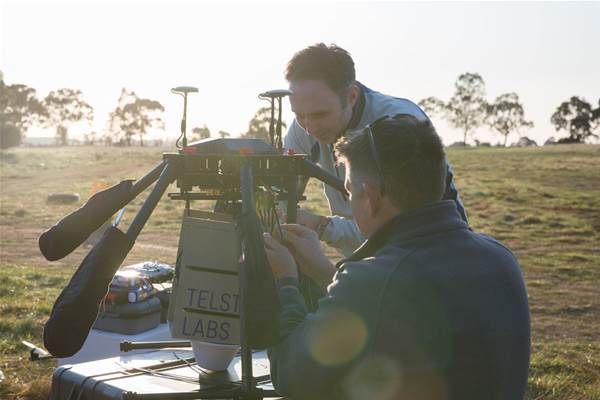 Telstra has used its annual conference in Melbourne to demonstrate the trials it's conducted with drones in the hope they could be used to aid in emergency situations in the future.

During Telstra Vantage in Melbourne this week, the telco uncovered its 'cell on wheels' (COW) drones, building on its mobile base stations it uses to temporarily improve mobile coverage in scenarios like natural disasters, where infrastructure has been damaged or where extra bandwidth is needed.

The drones are fitted with a mobile small cell to improve network coverage over a small area either through tethered backhaul by wiring a network cable directly to the drone from the ground, or through a wireless line of site extension from mobile tower.

Telstra CTO Hakan Eriksson told journalists at Telstra Vantage that the drones could take 128 calls simultaneously when not connected to a base station. While connected, that could be increased to up to 4000 calls. 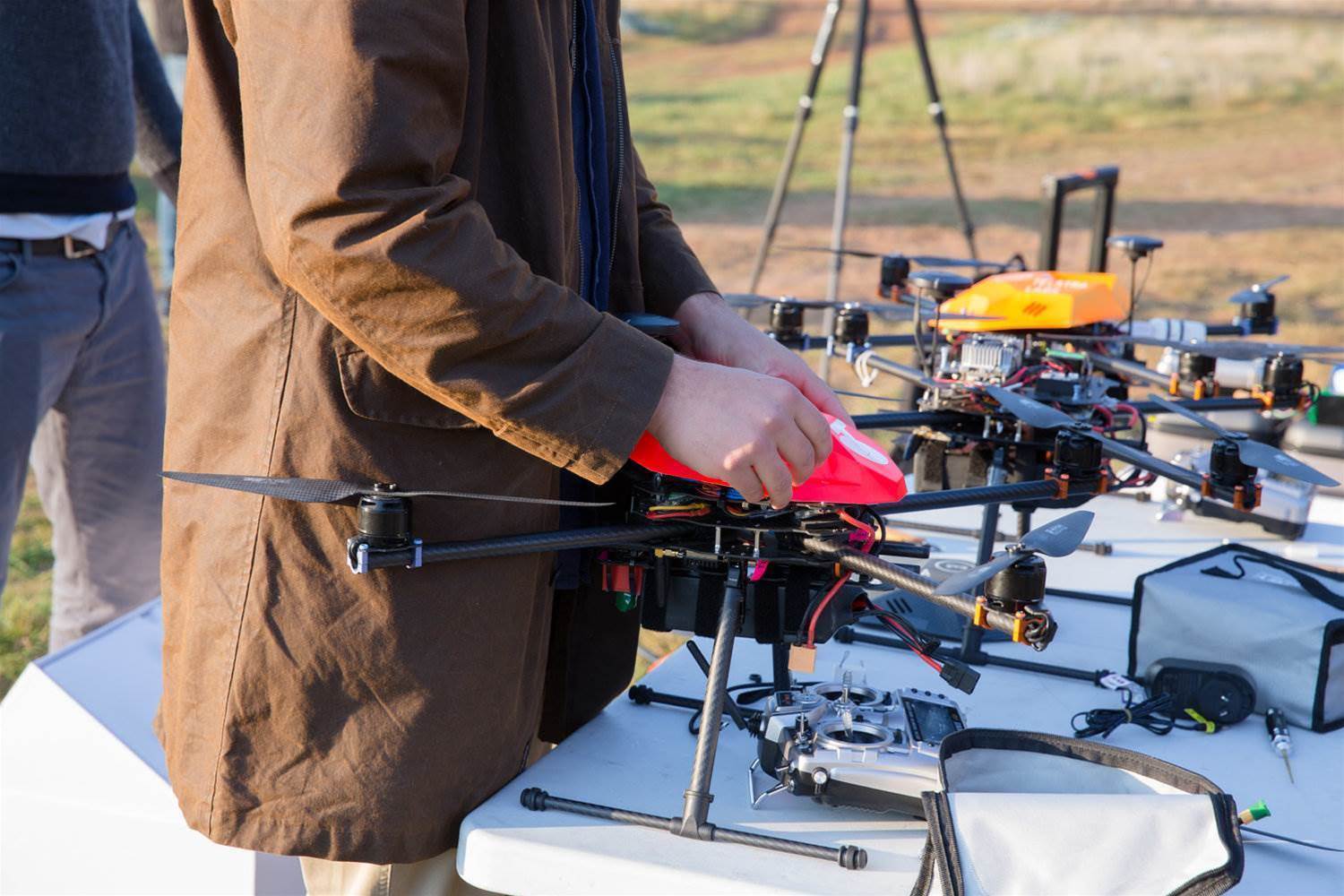 “Drones are an important emerging technology and will have many applications and impacts on our customers’ businesses and personal lives," Eriksson said.

"Within Telstra Labs our drones team is assessing how we can make Telstra’s networks and systems ready to assist and enable our customers to take advantage of this technology.”

Telstra also showed off its drone swarm technology, which allows a single pilot to control multiple drones in formation to quickly scout out an area affected by disaster such as a flood or fire. Telstra Labs developed the hardware and software for the drone swarms, and hopes to equip the drones with 5G technology at some point, allowing emergency crews to stream large sets of high-definition video that can be put to use immediately.

“5G will deliver faster speeds and better experiences to mobile broadband and smartphone customers, and will also be essential to underpin the expected increase in IoT connected devices. 5G’s low latency may allow much more precise real-time control over drones and other remotely operated vehicles over the next decade," Eriksson said.

“Network connectivity is the foundation for drones cooperating safely in the airspace, and we are looking at how Telstra’s network will be able to enable safe airspace traffic management in a future where drones are commonplace.”

Brendon Foye travelled to Telstra Vantage as a guest of Telstra.

Eliminating departmental friction within MSPs
By Brendon Foye
Sep 21 2018
10:36AM