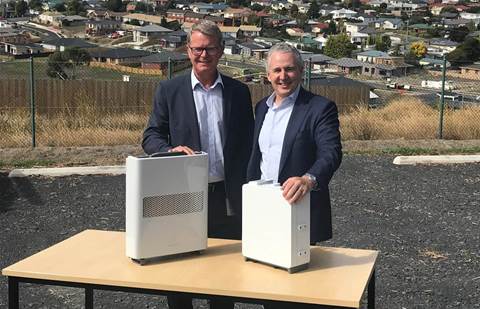 Telstra is looking to fill the gaps in 4G coverage across Tasmania by trialing small cell mobile technology on TasNetworks' infrastructure.

Small cells are smaller versions of typical mobile base stations that can be rolled out to increase 4G coverage in areas with minimal or no coverage as a cheaper method than installing a new base station.

Telstra chief executive Andy Penn said the trials would also be a test for whether the telco could use existing power poles to increase mobile coverage in Tasmania.

“The construction of a mobile base station typically costs several hundreds of thousands of dollars, but can easily run up to $1 million plus in some regional and remote areas due to distance and terrain," Penn said.

"A small cell may allow us to deliver mobile coverage and capacity to smaller communities and areas where the construction of a mobile base station would otherwise be uneconomical.”

The small cells will be deployed on TasNetworks' infrastructure, the Tasmanian telco owned by the state government that is responsible for Tasmania's electricity and communications.

The telco said it planned to spend $14.5 million on 45 projects to improve mobile coverage in Tasmania with capacity and speed upgrades to existing mobile base stations, small cells, and contribute to the Mobile Black Spot Program.

Grow your software revenue by selling these 5 affordable, essential tools for the modern workplace
By Brendon Foye
Mar 14 2018
2:15PM