Telstra warns of “exponential” rise in competition from NBN resellers 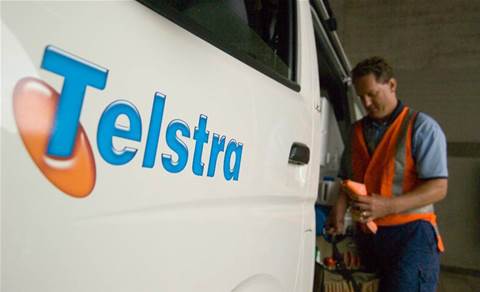 Telstra has warned shareholders of the exponential rise in competition from NBN resellers and the impending launch of Australia's fourth mobile network operator.

Chairman John Mullen explained at Telstra's annual general meeting today the reason for cutting dividends to shareholders will be to reinvest profit back into new technology to fend off competitors.

Telstra announced in August it would end the practice of paying out almost 100 percent of net profits to shareholders. Starting in the 2018 financial year, shareholders will receive between 70 and 90 percent of underlying profits, which Mullen said was still on the "higher end of ASX companies".

"I don't like it, I know that you don't like it, but the world has changed and it would have been irresponsible of the board not to take this tough but correct decision for the future," Mullen told shareholders.

Telstra is looking to plug a $3 billion hole created by the rollout of the NBN, largely the result of no longer having a wholesale fixed-line business once the NBN is complete. The NBN is expected to connect 85 percent of Australians over the next two years.

"One additional fact that shareholders may not be aware of is that there are now 180 registered resellers of NBN, of which Telstra is just one, so competition levels have also increased exponentially," Mullen said.

"We currently enjoy a 52 percent market share excluding satellite, but this gives you an indication of just how competitive the market has become and how profoundly the landscape is changing."

"TPG is and will be a formidable competitor – of that there is absolutely no doubt," Mullen said.

"We do not underestimate the impact this may have, the effect on pricing, nor the fact that we must – and most certainly will – continue to invest heavily to maintain our mobile network superiority and continue to improve the experience we offer our customers."

The other reason Mullen outlined was the rapidly evolving technology landscape, which Telstra hopes to keep up with by improving customer service.

"As I said just now, despite our world-class networks and coverage, too many customers will have had a bad experience with Telstra, or will know somehow who has had a bad experience with Telstra. This has to be once and for all eliminated and we are doing everything that we possibly can to fix it. If we do this well, we will win more market share from our competitors which will mean more revenue and more earnings should follow."

Telstra's shares have tumbled to a five-year low since the new dividend policy was announced back in August, dropping from $4.15 each a week prior, to $3.55 at the time of writing. In the 2017 financial year, Telstra's revenue was up 4.3 percent to reach $28.2 billion, while EBITDA was up just 2 percent to $10.7 billion.