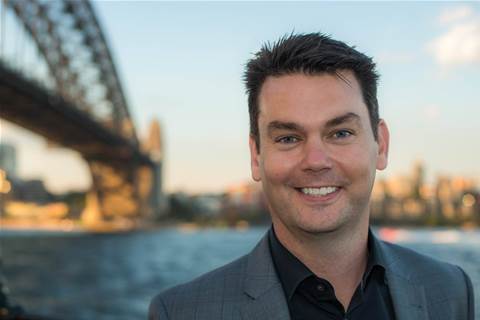 Prior to that, Hackney was the first Australian managing director for flash storage vendor Nimble Storage, which was acquired by HPE in April 2017. He was also VMware’s director product sales, and has held a handful of management and director roles for Citrix and Packeteer.

Not much else is known about Hackney’s new gig, but no doubt he’ll be responsible for establishing Databricks’ presence in Australia and New Zealand.

“Databricks is at the centre of all things data," said Hackney.

"Our customer use cases speak for themselves - from credit card fraud detection to personalised healthcare, we are helping data teams solve the world’s toughest problems. I’m excited to collaborate with local organisations and support their AI initiatives.”

Databricks is a US-based company founded by the original developers of open-source cluster-computing framework Apache Spark. Databricks’ platform helps customers organise and prepare data for analytics, allowing them to process massive amounts of data in the cloud.

The company boasts “thousands of global customers” with the likes of HP, Shell and Expedia, and partners including Microsoft, Amazon, Tableau and Informatica.

Last month, Databricks announced it had received US$400 million in Series F funding, bringing its valuation to US$6.2 billion.

Story updated on 14 November 10:32AM to include comments from Bede Hackney.