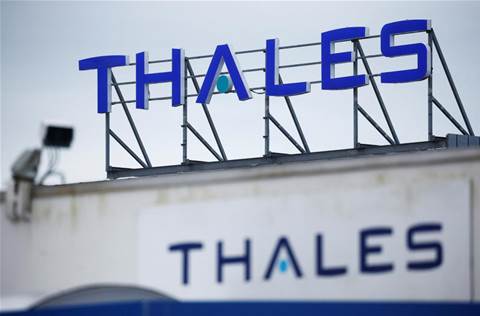 French defence company Thales said on Thursday it has created a new firm, dubbed S3NS, in partnership with Google to offer state-vetted cloud computing services for the storage of some of the country's most sensitive data.

The new company is the result of an alliance sealed last year between Thales, Europe's largest defence electronics supplier, and Alphabet unit Google, following a government plan under which France acknowledged US technological superiority.

Google and Microsoft, along with market leader Amazon.com's Amazon Web Services, dominate cloud computing worldwide, which has led to concerns in Europe over the risk of surveillance by the United States.

The French government has said that cloud computing services developed by Google and Microsoft could be used to store France's most sensitive state and corporate data, provided the data centres were located in the country and the services licensed to French companies.

S3NS is majority-owned by Thales, which has full control over the commercialisation of the services developed by Google, it said. Google's stake wasn't disclosed.

Some of France's biggest banks and healthcare organisations are among 40 potential customers of the new company, said Thales' head of secure communications and information systems Marc Darmon.

S3NS' cloud services will be available from the second half of 2024, after it receives the blessing of France's cybersecurity agency ANSSI via a so-called "trusted cloud" label, Thales said.

The company will operate three France-based data centres on which Google's vetted and secured cloud services will be run, Thales said.

S3NS will compete against Bleu, a joint company to be set up by the end of the year by IT consulting firm Capgemini and telecoms group Orange which aims to use Microsoft's cloud technology.

Several companies have criticised the cloud computing offerings developed by Thales and Orange in collaboration with bigger U.S. rivals, casting doubt over their capacity to provide fully secured services to strategic companies.