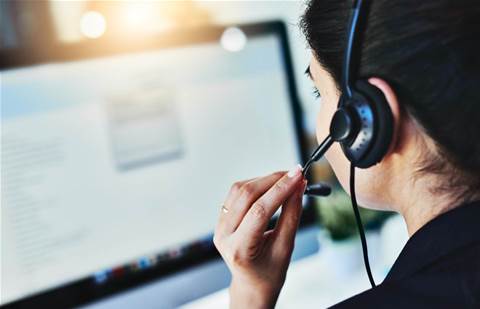 Collaboration tools went from a “nice to have,” to a “can’t live without” in very short order last year as the pandemic sent millions of employees and students to work and learn from home. Collaboration tools, which include voice, video, chat, and content sharing, among a slew of other features, have exploded in popularity over nearly the last year and a half as a way to keep businesses running.

Leading collaboration software makers such as Microsoft with Teams, Zoom, and Cisco with Webex emerged quickly as the leading contenders in the space, but fellow unified communications-as-a-service (UCaaS) and videoconferencing providers quickly stepped up to the plate with their offerings to help keep teams connected, no matter their location.

In fact, the UCaaS market jumped up 41 percent in 2020, with leaders Microsoft and Zoom sharing the majority of that growing market. The closest competitors, including 8x8 and Cisco Systems, also saw double-digit subscriber growth last year, according to Synergy Research Group.

From the largest collaboration leaders, to the UCaaS specialists that have built out their portfolios with new features and through partnerships, here are 10 of the hottest collaboration tools of 2021…so far. 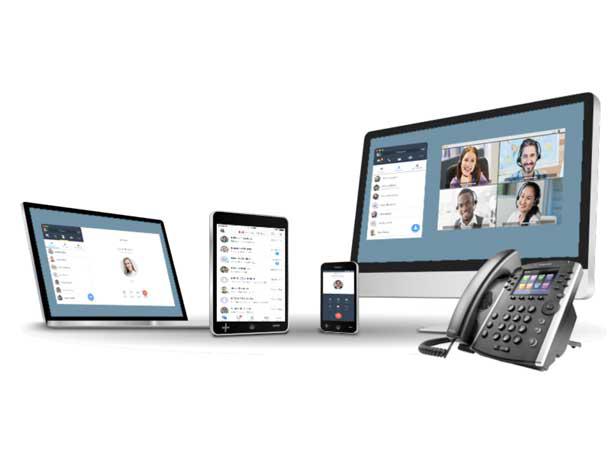 UCaaS provider 8x8’s strategy has always been the one platform approach to UCaaS, contact-centre-as-a-service (CCaaS), video, and messaging. To that end, the company launched the 8x8 XCaaS platform in May.

8x8’s cloud-native XCaaS offering erases boundaries between different communications tools and contact centre products. XCaaS is built on a secure and compliant cloud platform that lets the company offer the industry’s only UCaaS and CCaaS platform-wide 99.99 percent uptime SLA, according to the provider. The offering can integrate with more than 50 third-party apps, including Microsoft Teams. Launched in 2020, Avaya Cloud Office (ACO) is the company’s highly-anticipated UC-as-a-service (UCaaS) offering that it created in partnership with cloud UC leader RingCentral.

ACO powered by RingCentral offers calling, messaging, video conferencing, file sharing and collaboration across any device or user location. The offering is built on RingCentral’s open platform that offers more than 200 pre-built integrations with cloud applications, so users can still use their legacy UC and collaboration tools – including Microsoft Office 365, Salesforce, and Google G-Suite.

ACO this year was made available in Austria, Belgium, Germany, Italy, and Spain. Cisco was one of the leaders that stood out in the collaboration space with its popular Webex platform.

In the beginning, the tech giant was focused on getting Webex into the hands of more enterprise customers to help these businesses stay up and running, but as the year progressed, it became more about ensuring secure meetings and developing new features to help remote workers stay as productive as possible.

As such, Cisco has rolled out more than 800 new features and capabilities in the last nine months alone to its flagship collaboration platform. The updates and new features range from enhancing its user interface, to offering AI-powered noise cancellation and real-time translation in more than 100 languages.

Cisco in June announced it was lowering the cost of its new Webex Suite, a packaged Webex offering that includes Meetings, Events, Calling and Messaging. By purchasing the all-inclusive Webex Suite, which can include software and hardware, customers can save up to 40 percent off the price of buying WebEx pieces al la carte. Other features include linked previews in Google Docs, Sheets and Slides that allow users to preview the content of a link without leaving the original document, so they don’t spend time switching between apps and tabs, according to the company.

Google said in October that Workspace has more than over 2.6 billion monthly active users. Intermedia, a company that has long prioritised the channel, has been coming to the rescues of small and midsized businesses, as well as enterprises, with its AnyMeeting solution that includes high-definition video and audio conferencing, screen sharing, call recording, chats, and note taking, all with AI baked in, according to Intermedia. Users can access AnyMeeting from their PC or mobile devices.

The company also offers Intermedia AnyMeeting Webinar, which lets companies host webinars using slides or screen-sharing with up to 12 HD video presenters and up to 1,000 attendees. Videoconferencing powerhouse Lifesize came out hot at the start of the pandemic by extending an unlimited number of free six-month licenses for businesses impacted by coronavirus to use for the firm’s cloud-based video collaboration platform.

Since then, Lifesize has been working to keep its customers and its loyal channel satisfied with solid video offerings for the enterprise that also plays well with others.

Lifesize’s video technology can be connected to via apps for iOS, Android, Windows and Mac devices, or natively through popular web browsers including Google Chrome, Apple Safari, Microsoft Edge and Mozilla Firefox, according to Lifesize.

In March, the company introduced Lifesize Connect, which lets users join meetings with their Lifesize Icon 300, Icon 500 or Icon 700 room systems and through their own laptops on popular cloud video meeting services like Zoom, Microsoft Teams, Cisco Webex, Google Meet and more. One of the immediate collaboration leaders that emerged in the early days of the pandemic, Microsoft Teams continues to dominate in the space.

Teams offers document storage, chat, and online meetings. It integrates with Office 365 applications that get used every day by many businesses, like Word, Excel, PowerPoint, OneNote, SharePoint, and Outlook.

At Build 2021 in May, Microsoft unveiled new previews of ways to develop in the Teams app. Select developers can now access the “main stage” in a Teams meeting through a configuration in the app manifest. Integrations to allow for real-time, multi-user collaboration on a whiteboard, design, project boards and other activities.

The company said Teams had more than 145 million daily active users as of late April. Videoconferencing software and UC equipment provider Poly has spent the last year and a half lending a helping hand to businesses grappling with working from home, as well as those safely returning to the office, with its suite of collaboration hardware and software offerings.

Poly RealConnect is a cloud-based interoperability service that lets users connect from traditional video conferencing systems to Microsoft Teams video meetings while gaining high-quality audio and video, as well as PC screen share capabilities. Users can choose between cloud or on-premise hosting, and the offering lets users join meetings seamlessly while keeping the workflow they’re used to, the company said. Communications specialist Vonage has come to the rescue with a bevy of solutions that are a great fit for students and remote employees of SMB and midsized organizations, according to the company. Zoom Video Communications has become an undisputed leader in the videoconferencing space, but the industry behemoth also has a highly regulated cloud-based voice offering that it introduced in 2019 – Zoom Phone.

While first launched in the U.S. and Canada in 2019, Zoom Phone is now available in more than 40 countries and territories globally.

Zoom Phone, while available to customers and through partners for a combined voice and video offering, is also available via a simplified voice service plan for businesses with global locations.