The 6 Most Innovative Laptops From CES 2022 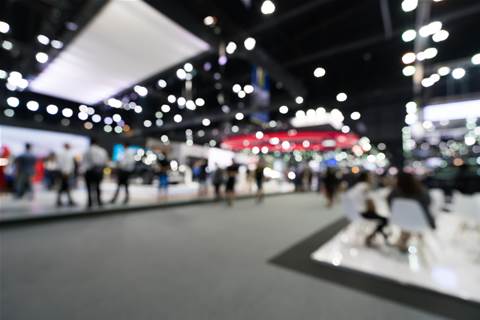 =While supply is still super tight for the processors that power computers, there was no shortage of innovative laptops on display at CES 2022.

These innovative laptops include a foldable laptop with a 17-inch OLED screen, a “reinvention” of a popular model, the “world’s first 4K+” laptop, a business laptop with a secondary 8-inch display and a commercial notebook with the “world’s most advanced detection” technology. One of the laptops also has the distinction of being the first to include Intel’s new Arc discrete graphics.

What follows are the six most innovative laptops from CES 2022, and they come from Acer, Asus, Dell, Gigabyte, HP Inc. and Lenovo. 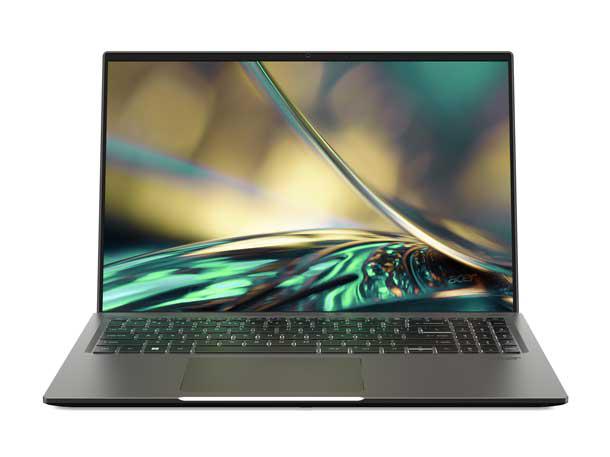 The Acer Swift X is the first publicly disclosed laptop to use Intel’s new Arc discrete graphics, which will come with features competitive to Nvidia and AMD such as hardware-based ray tracing.

In addition to using Intel Arc, the 16-inch version of Acer Swift X is powered by 12th-generation Intel Core processors with up to 12 cores. The laptop comes with dual fans, dual copper heat pipes, an air inlet keyboard and large side exhaust port to keep it cool.

The ultra-portable laptop was co-engineered with Intel, allowing it to meet hardware specifications and key experience indicators for things like responsiveness, instant wake and battery like, which have been defined by the Intel Evo program for premium laptops.

Acer hasn’t announced pricing or the release date for the Acer Swift X yet. The laptop can be paired with a full-size Asus ErgoSense Bluetooth keyboard and touchpad when the touchscreen isn’t enough. The device comes with an HD IR camera that works with Windows Hello and the new Intel Visual Sensing Controller chip to provide several AI-powered features, including user-presence detection and video noise reduction.

The Zenbook 17 Fold is powered by 12th-generation Intel Core H-series processors and Intel Iris Xe graphics. The foldable laptop was co-engineered with Intel, allowing it to meet hardware specifications and key experience indicators for things like responsiveness, instant wake and battery like, which have been defined by the Intel Evo program for premium laptops.

The laptop will be available mid-2022, but pricing information was not available. The Dell XPS 13 Plus is a “reinvented” version of the company’s flagship laptop that represents its “most powerful yet.” For the first time in an XPS 13, the new model is designed with a 28-watt specification, which will make it even more powerful than previous iterations while keeping the same size. The laptop at 0.60” thin and starts at only 2.73 pounds.

The laptop comes with new features such as a zero-lattice keyboard, seamless glass touchpad and capacitive touch function row that leave “no wasted space” between the laptop’s curved edges. The laptop is powered by the new 12th-generation Intel Core P-series processors, with support for up to 14 cores and a maximum boost frequency of 4.8GHz. It also features Express Charge 2.0, which allows the laptop’s battery to reach 80 percent charge in less than an hour. Gigabyte is calling the Aero 16 Creator “the first 4K+ laptop,” thanks to the notebook’s 4K+ OLED screen with a 16:10 aspect ratio. It also holds the status of being “the world’s only dual display color-certified” laptop and the first to have a 4-side thin bezel design, according to the manufacturer.

Built for content creators, the laptop’s 16-inch screen was squeezed into a traditional 15-inch body, increasing the viewing area by 12 percent compared to previous generations. It comes with two options for 12th-generation Intel Core processors: the i9-12900HK and i7-12700H, and it can support up to an Nvidia GeForce RTX 3080 Ti for heavy-duty graphics performance.

Information on pricing and availability wasn’t available for the Aero 16 Creator. The HP Elite Dragonfly G3 is an ultra-thin commercial laptop that has the “world’s most advanced presence detection in a business notebook,” according to the OEM.

This means the laptop will automatically lock and wake up whenever you leave or approach it thanks to the HP Auto Lock and Aware features. It also comes with the HP Presence software, which uses AI to provide crystal clear audio and video during teleconference calls.

The HP Elite Dragonfly G3 is extremely light, weighing just under 2.2 pounds, and the clamshell laptop offers a taller screen than previous generations, thanks to its 3:2 aspect ratio. The laptop is powered by 12th-generation Intel Core processors and uses intelligent charging to optimize power consumption.

The laptop is expected to be available in March, but pricing information is not available yet. Lenovo is offering a new twist on dual-display laptops with the ThinkBook Plus Gen 3, which sports an 8-inch secondary screen in addition to its 17.3-inch ultra-wide primary display.

The second display is situated next to the keyboard and touchpad, giving users more screen real estate for a variety of tasks and applications, including calculators, notepads, drawing boards and chat windows for teleconferencing applications. The 8-inch screen can also be used as a quick launcher for frequently used applications and for smartphone mirroring.

The primary display has a 21:10 ultra-wide aspect ratio with a 3072x1440 resolution at a 120Hz refresh rate. The laptop is powered by 12th-generation Intel Core H-series processors, up to 32GB LPDDR5 and up to 2TB of solid-state storage.

Grabbing the hybrid cloud opportunity with Lenovo and Azure Services
By Dylan Martin
Jan 11 2022
9:55AM