The bid to save BlackBerry 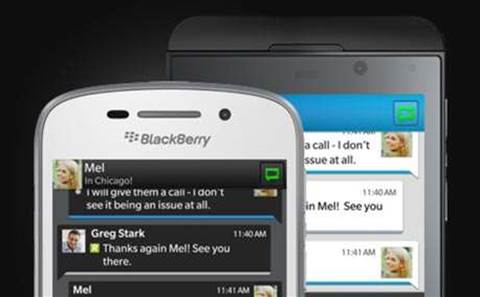 BlackBerry announced Monday it has agreed to a letter of intent led by Fairfax Financial Holdings that would take the ailing smartphone company private for $4.7 billion (A$4.99 billion).

Toronto-based Fairfax already owns a 10 percent stake in the company. Also involved in the consortium are Merrill Lynch and BMO Capital Markets. The transaction has already been approved by BlackBerry's board of directors and will be completed 4 November if there are no other offers.

"We believe this transaction will open an exciting new private chapter for BlackBerry, its customers, carriers and employees. We can deliver immediate value to shareholders, while we continue the execution of a long-term strategy in a private company with a focus on delivering superior and secure enterprise solutions to BlackBerry customers around the world," said Fairfax chairman and CEO Prem Watsa in a prepared statement.

The news comes just three days after the company announced disappointing preliminary fiscal second-quarter earnings, revealing close to $1 billion in losses and announcing it would layoff 4,500 employees. The company also had a tough weekend after a botched BBM application rollout.

The deal amounts to $9 per share for the ailing smartphone company, which is a bargain, said Jeff Kagan, an independent technology analyst.

"The price is a bargain, but then again BlackBerry has been crashing and burning for a couple of years," Kagan said.

"This is a distressed sale. I don't know what the real value is, but as far as the idea of a sale, it's very quick. It takes your breath away."

The consortium is allowed six weeks for due diligence, in which time BlackBerry is allowed to search for alternative offers.

"I think they can succeed. It's just going to be a very different company going forward," Kagan said.

Grow your software revenue by selling these 5 affordable, essential tools for the modern workplace
By Sarah Kuranda,
Sep 24 2013
8:27AM