The biggest Nutanix .NEXT 2020 product announcements 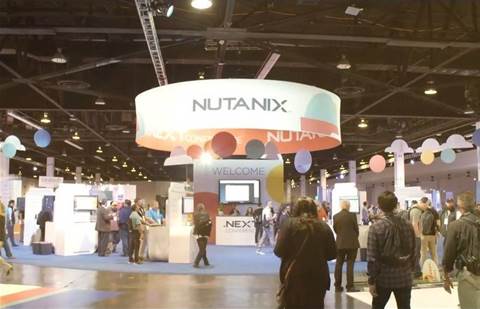 Nutanix’s virtual .NEXT conference kicked off Tuesday as the hyperconverged and hybrid cloud software standout launched a slew of new products and as-a-service offerings ranging from hyperconverged infrastructure software to Kubernetes and security offerings.

“There’s a lot of room for growth in hyperconverged, and channel partners have a huge opportunity right now with Nutanix,” said Nutanix CTO Rajiv Mirani in an interview with CRN. “We’ve made significant investments in R&D to advance our core software stack as you can see with these releases. We’re continuing to set the bar for innovation.”

Thousands of people are expected to participate in Nutanix’s free .NEXT Digital Experience conference, which runs from 8 September to 11 September.

CRN USA breaks down the seven biggest product news and announcements unveiled at Nutanix .NEXT.

One of Nutanix’s biggest launches at .NEXT is its new Karbon Platform Services, a Kubernetes multi-cloud Platform as a Service (PaaS) with automated system-managed security. The new cloud-native PaaS gives software developers a turnkey managed services experience on-premises, in the public cloud or at the edge to build and run cloud-native applications. Karbon Platform Services also lets developers decouple applications from the underlying infrastructure.

“Our Karbon Platform Services is a full PaaS offering that essentially takes some of the most common cloud-native services and makes them available on-premises. So capabilities like Containers as a Service, but also Functions as a Service, serverless applications, support for monitoring with Prometheus, as well as advanced networking and data services,” said Mirani. “Few applications today are just self-contained inside a container, they do use all these other PaaS services as well. … We wanted to make Karbon very simple.”

“It’s a great opportunity for the channel because as people monetize their applications, they look for new ways to build them,” said Mirani. “This is something that could be a great value-added service that our partners can provide.

Nutanix has revamped its flagship HCI architecture by injecting NVMe-based SSDs and Intel Optane SSDs, delivering up to 50 percent faster performance for I/O-intensive workloads such as large databases.

“It improves performance on some of the most complex workloads that we have by up to 50 percent. Things like latencies when you have sustained operations or IOPS [Input/Out Operations Per Second] when you have sustained operations. The way we did this was to rearchitect AOS,” Nutanix’s Mirani told CRN. “Obviously, it lets us go after the most critical applications like SAP HANA, Epic, etc. So that’s always extending the reach of what we can do.”

“The net result is that with these improvements in performance, we continue to extend our lead,” said Mirani. “It really makes us well positioned for some of the newer hardware technologies that we just started working with.”

“Flow Security Central is not just networking, it’s a lot more than that. It provides a view into your security posture, into your compliance requirements as well as doing networking monitoring. Think of it as single pane of glass from which you can monitor your Nutanix infrastructure, look for compliance violations, you can get recommendations on how to fix them—but on top of that, you can look into your network traffic, get recommendations on micro-segmentation rules and so on,” said Mirani.

Flow Security Central provides customers with a hub for their security operations so they can assess their overall security posture of Nutanix deployments and generate detailed recommendations to bring environments into compliance. In addition, it offers the network visibility and context needed to secure cloud networks and applications, according to Mirani. Nutanix is taking its infrastructure and hypervisor management offering, Prism, to the next level with the launch of Prism Ultimate, a cloud-based SaaS service.

Nutanix Prism can also monitor non-Nutanix environments, including popular virtualization stacks, to give Nutanix customers a single pane of glass for their entire infrastructure.

“Prism Ultimate is mainly based around analytics and monitoring, but instead of running on-premises this will run as a SaaS service in the cloud,” said Mirani. “We can apply a lot more resourcing in terms of CPU memory and so on, and provide even deeper insight into what’s happening. Plus, over time, you’ll be able to do cross-customer analytics.”

At .NEXT, Nutanix introduced Flow Networking, aimed at simplifying the tasks of creating, isolating and managing software-defined networks that connect applications running in private data centers and in public clouds. The goal is to significantly simplify networking for hybrid and multi-cloud deployments. The new offering is based on virtual private cloud (VPC) constructs used by the leading public cloud providers and is a result of the company’s multiyear investment in Nutanix Xi Cloud that powers Nutanix’s cloud-based offerings.

“We have our own Xi offering, which lets you do disaster recovery as a service. We’ve developed the technology in the context of that so when people fail over to the Nutanix cloud, they don’t have to change their IP addresses to get their own virtual cloud which they can operate. We’re making that technology available on-premises,” said Mirani. “So people can now create on-premises multiple virtual private clouds completely isolated from each other and enable networking multitenancy within their on-premises infrastructure.”

The new software-defined networking capabilities of Nutanix Flow Networking are currently in development and will become available in late 2020, according to Mirani. Calm as a Service

Nutanix also unveiled Calm as a Service, a hosted version of its application management and orchestration offering to support DevOps teams.

Nutanix Calm automates provisioning, scaling and life-cycle management for the cloud. Calm as a Service is now available.

On the channel partner front, Nutanix launched its new Elevate Partner Program that for the first time brings together all of Nutanix’s partner ecosystem from VARs, systems integrators and distributors to service providers and hardware vendors.

Nutanix also launched a new Americas Partner Support Center – a team of dedicated channel sales, systems engineers and marketing resources—who will deliver an enhanced partner experience and will be available to usher the partner community through the transition along with ongoing presales support. The Elevate Partner Program emphasizes partner capabilities and competencies to sell and support Nutanix’s portfolio rather than revenue thresholds.

Cloud application revenue made easy
By Mark Haranas
Sep 9 2020
6:49AM