The biggest takeaways from Dell earnings 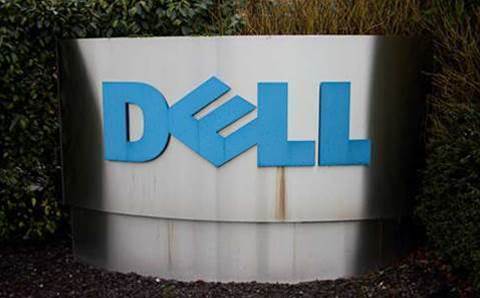 “We executed with discipline, speed and precision,” said Jeff Clarke, chief operating officer and vice chairman of Dell Technologies during the company’s earnings report with media and analysts. “And, in what was an extremely dynamic environment, we delivered record results.”

Nearly one year into the deadly COVID-19 pandemic, the Round Rock, Texas-based infrastructure giant has yet to feel any significant revenue decline as Dell remains the worldwide market share leader in IT infrastructure including storage and servers.

This record shipping and sales growth was driven by US$9.9 billion in commercial revenue, up 16 percent year over year, along with US$3.8 billion in consumer sales, representing an increase of 19 percent. 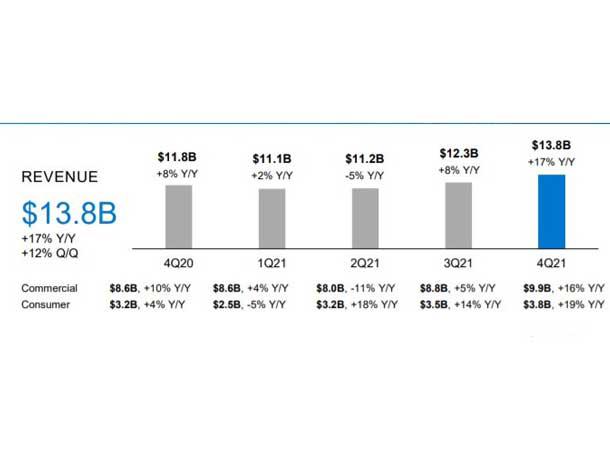 “Resilient demand was driven by the fast-growing technology-enabled world where consumers can do anything from anywhere. Instead of going to work, school, entertainment, a restaurant or shopping, it all comes to us. The PC is the hub of this new economic model,” said Dells Clarke.

From such new heights, it will be interesting to see if Dell’s CSG business will be able to sustain such high revenue levels in 2021.

Last year, Dell executives said themselves that they were disappointed in third quarter storage sales, which were down 7 percent year over year. Dell said they were betting heavily on its new PowerStore all-flash storage platform to turn things around in its fourth quarter.

“Our midrange storage business returned to growth in the fourth quarter, driven by accelerated adoption of a PowerStore. PowerStore orders grew 4x compared to the third quarter orders as customers embrace the next generation of modern data centre technology and applications,” said Dell’s Clarke, who spearheaded the creation of the company’s PowerStore storage line.

Dell’s midrange storage business was up 8 percent year over year thanks to PowerStore, representing the first time Dell has grown midrange sales in nine quarters. “It‘s all on the back of PowerStore,” said Clarke.

Approximately 20 percent of PowerStore customers were new to Dell’s storage business “as we tripled the number of wins against key competitors quarter-over-quarter,” Clarke said. “In a challenging environment, PowerStore is ramping faster than XtremIO and VxRail, making it the fastest new architecture we have released.”

It appears PowerStore is gaining momentum very well in the midrange market as Dell says its replacing the competition. This is a major accomplishment for Dell’s Clarke who first told CRN about his midrange storage innovation and execution plans in 2018. The global market share leader in storage generated US$4.4 billion in storage sales in its fourth quarter, down 2 percent year over year. With the global storage market as a whole declining in 2020, due to many businesses pausing on large IT hardware sending due to the economic uncertainty stemming from the global pandemic, a 2 percent drop wasn’t a big concern for Dell.

“We had growth in those areas in our storage business. Obviously, still down [overall], but I‘m encouraged by the progress we’ve made in the midrange,” he said. “We’ve aggregated our share position by over 1,300 basis points to over 50 percent of the high end [storage] market. Now with the momentum we have in the midrange, the opportunity is to grow the sub- US$250,000 segment, the midrange, and that’s what we eye.”

Tom Sweet, executive vice president and chief financial officer of Dell Technologies, said with growth in the number of competitive take-outs in storage and new Dell storage customers being onboarded thanks to PowerStore, the future looks bright for the company.

“One in five of the customers are new to Dell’s storage business,” said Sweet. “We’re still not satisfied with where we ended in Q4 and the year. It improved over Q3, but we have greater expectations in fiscal year 2022. … We’re going to run the business to take storage share in fiscal year 2022.” Both Dell and VMware executives expect a spin-off in 2021

“Both companies continue to be engaged on key work streams, and as VMware communicated earlier today, we are making progress in our discussion,” said Rob Williams, head of investor relations at Dell during the company’s earning call. “We continue to believe that a tax-free spin could drive significant shareholder value by simplifying our capital structures and enabling greater strategic flexibility while maintaining a strong commercial partnership between Dell and VMware.”

“While our special committee of independent directors continues to evaluate the spin-off, we believe it could be value-enhancing to VMware and its stockholders,” said Rowe. “I’m pleased to tell you that we are making progress on the potential spin-off of VMware from Dell.”

It appears that the pieces are falling together for Dell to spin-off its stake in VMware this year. Dell does not plan to spin off its shares of VMware before September 2021 as Dell is seeking to get it to qualify as tax-free for income tax purposes. Dell Technologies generated a record net revenue of US$94.22 billion in fiscal year 2021, which ended 29 January 2021. The roughly US$94.2 billion in sales represents an increase of 2 percent compared to US$92.1 billion during its fiscal year 2020.

“Throughout FY21, we leveraged the depth and breadth of our portfolio to lean into the pockets of growth when and where they occurred,” said Clarke. “And in what was an extremely dynamic environment, we delivered record results.”