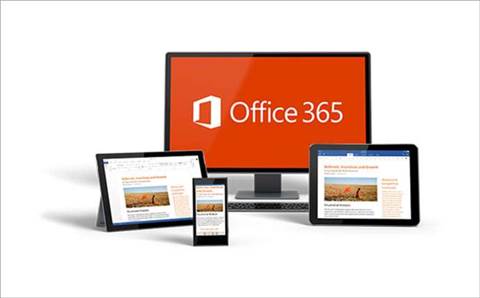 Microsoft has begun the process of migrating Australian Office 365 customers to its data centres in Sydney and Melbourne, nine months after first announcing onshore hosting.

Customers will be given two weeks' notice before cutover. Skype for Business instances will be migrated separately, typically during a different month.

According to a Microsoft blog post, new Office 365 and Skype for Business users in Australia, New Zealand and Fiji will all be automatically provisioned in the Australian data centres. Australian customers will now see GST added to their invoices.

Backups will no longer be stored offshore. "Data will be replicated across data centres in Australia," according to an FAQ.

Steven Miller, director applications and services group, at Microsoft Australia, explained what happened in a migration. "Customer tenants, including all data within that tenant are transitioned to the Australian data centre location by the engineering team on a workload-by-workload basis.

"Data transfer and validation occurs in advance with no impact to users and once that is completed the actual cut-over phase is very fast. There is no interruption to service for customers."

The migration is only slightly behind schedule, having originally been mooted for July, though Miller said the move is "a phased migration and tenant migrations are in line with our expectations".

The moves begin this month and "will continue in the following months"; Asked asked about the expected completion date, Miller said: "Migrations are ongoing and in alignment with our customer needs."

What does it mean?

The announcement will be good news for those partners whose clients have concerns about data sovereignty or latency.

Back when local hosting first commenced, Loryan Strant, managing director of Office 365 specialist Paradyne, told CRN that one of its clients, a legal firm in Canberra that works for the Department of Defence, was waiting for local hosting to become available. “The customer is signed up, just ready to go."

Nathan Belling, general manager of Insync Technology, told CRN that there had been pent-up demand for local hosting ever since Microsoft first announced it was on the way. Insync is based in Brisbane and has migrated around 55,000 seats to Office 365.

Despite Microsoft running behind schedule, Belling said things had been "really rapid. The Australian data centres were only announced last October, to spin that up and have a migration plan in under 12 months is pretty awesome. If they said July and it was July the following year, fair enough [to be critical], but to be three months late and get it right is better than stuffing it up," he added.

Belling said his customers hadn't actually delayed moving to Office 365, and suggested only companies with strict regulatory barriers would hesitate, along with those considering Skype for Business Online, "because there were perceived latency issues, whether rightly or wrongly".

One of Australia's leading Microsoft unified communications partners, Generation-e, has witnessed latency issues with services hosted out of Singapore.

Nathan Chapman, CTO of Generation-e, told CRN that "some of the customers that used the audio/video features in the past experienced poor quality, particularly with multi-party conferencing".

"This was largely due to network performance issues when media needed to be routed via the Microsoft data centres in South East Asia. Because of this we have had to migrate some customers back to an on-premise solution to achieve the outcome they wanted," said Chapman, who is one of only a handful of Australian Microsoft Certified Solutions Masters in Communcations.

However, Chapman said Skype for Business Online is catching up to the functionality of the on-prem version and will even offer certain advantages, such as Skype Broadcast Meetings, which is currently in preview.

Chapman's recommendation is for customers to take a hybrid approach with a full on-premise deployment, with a dedicated Skype for Business instance in a partner or carrier's data centre, plus integration with online services.

Strant also said it was better that Microsoft was slightly behind schedule rather than rushing. "It was going to happen back in July but was pushed back a bit, which I’m happy with as I’d rather it be done properly and better instead of sooner.

"The reality is we haven’t had any customers breaking down our door wanting to know when this would happen. A few asked when it was announced, one of our multi-nationals had some concerns around whether their tenant should stay in APAC for performance with UK and US users, but apart from that it’s really been [business as usual]," said Strant.

Grab the MSP security opportunity
By Steven Kiernan
Sep 20 2015
8:58AM