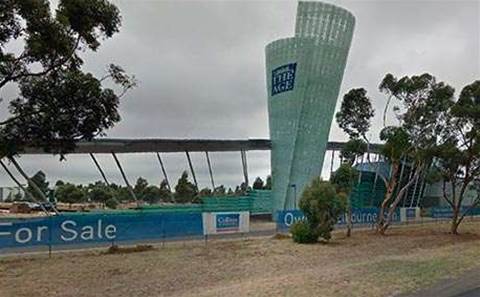 The plan to turn Fairfax's defunct Tullamarine printing plant into a data centre has stalled after the prospective buyers struggled to raise capital.

It was just one twist in an increasingly complex tale, centring on a plan by two data centre veterans trying to launch a new co-location facility in Australia.

The Tullamarine plant is a well-known landmark on the freeway between Melbourne's CBD and airport; Fairfax opened the $220 million printing plant in 2003 only to shutter it less than a decade later.

Property company ADX Management had intended to raise the funds to buy and develop the Tullamarine site through a backdoor listing on the Australian Securities Exchange via the acquisition of listed shell company IM Medical.

ADX, which is backed by Brisbane property developers, would have owned the Tullamarine site, while the data centre's anchor tenant would have been a co-location company run by industry veterans Jon Eaves and Andrew Hardy.

Eaves sold his co-location business, E3 Networks, to Vocus for $5.9 million in 2010, while Hardy founded Harbour MSP in 2003 before selling it to NTT Communications in 2013.

ADX had been shopping the deal around to prospective investors since August last year. The firm estimated that buying and developing the first stage of the new facility would have cost over $100 million.

In December 2014, IM Medical cancelled the acquisition agreement due to "protracted delays".

With ADX's $26 million offer to acquire the Tullamarine property now terminated, Fairfax has put the 24,000sqm plant and six-hectare site back on the market.

While the Tullamarine data centre plan has been put on ice, it is not necessarily dead and buried: Eaves and Hardy are pushing ahead with a new scheme, and are still interested – if not invested – in the former printing site.

The IM Medical shell was put back up for sale and another entity, Syncom, has since started the ball rolling on a reverse listing via a $10 million acquisition agreement with the listed entity.

Syncom is a roll-up of four of Jon Eaves' hosting companies under a single umbrella brand, with Andrew Hardy lined up as Syncom's prospective chief executive.

Syncom operates 7,500 dedicated and virtual servers on behalf of more than 35,000 customers. It turned over $6.1 million in the year to 30 June 2014, and intends to grow via acquisition in the data centre and hosting sectors.

Eaves' four businesses – iCentre, Indigo, IntaServe and Dedicated Servers – are currently hosted in Global Switch and Vocus in Sydney and Syncom's own data centre in Brisbane. Syncom is also finalising an agreement to "lease and operate" Datacom's St Leonards facility, which will give it 160 additional racks and allow it to save $380,000 a year through consolidation.

Hardy told CRN he is still keen to redevelop the Fairfax plant. "It would make a great data centre but I don't have $100 million lying around. If anyone does, give me a call."

The failure of the ADX-IM Medical deal was actually the second proposed backdoor listing to sink, after IM Medical's previous arrangement with another entity, White Data, ran aground in early 2014.

IM Medical is determined to get a return for its 5,000-odd shareholders, who are still attached to the listed shell, said chief financial officer Richard Wadley. He was hopeful the  Syncom deal would succeed where the others had failed.

"I am very enthusiastic for IM Medical to have that association. It is an old corny expression, 'You have to kiss a lot of frogs before you find a prince', and I dearly hope Syncom is it. It has been a hard road IM Medical," added Wadley.

While there might seem a certain irony in constructing a data centre out of the ashes of a printing plant, the Tullamarine plan is not a first. Printing plants and data centres share common requirements, such as heavy power consumption and reinforced floors.

In fact, two of Global Switch's major co-location facilities rose from the ashes of printing plants: one of its London sites used to house the Financial Times printing depot, while Global Switch Sydney was previously home to the NSW Government Printing Office.

Eliminating departmental friction within MSPs
By Steven Kiernan
Feb 13 2015
5:19AM