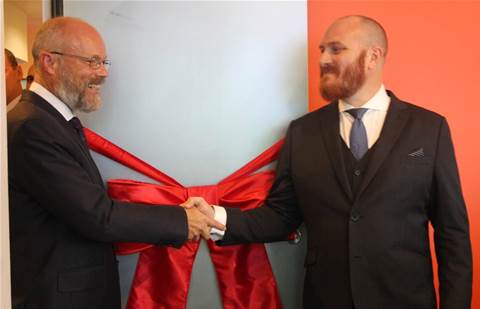 IT and security specialist firm The Missing Link has opened its new security operations centre in their North Sydney office today.

The centre aims to help businesses leverage security experts to help with strategic planning for multi-cloud security, tactical day-to-day security monitoring and threat analysis to deter, detect and respond to potential threats around the clock.

“Businesses are under threat from cybercriminals at an unprecedented level. These threats can occur without warning, can be directed at any part of the business, and come from anywhere around the globe,” said The Missing Link chief information officer Aaron Bailey.

“With threats becoming increasingly sophisticated and wide-spread, our new security operations centre offers visibility like never before. It’s equipped with the very latest technology for monitoring, addressing and defending against large and complex threats, in a private, secure location.”

The Missing Link invested $250,000 cash for the centre, and was up and running after 79 days since its conception.

Bailey told CRN that there are future plans for another security operations centre in their Melbourne offices, which will be built identically but with a potentially smaller investment and a quicker turnaround.

“The threat environment has changed, anyone who is in business and in government today knows that,” said MacGibbon.

“We’ve seen some remarkable examples in the last couple of years, like the Census in 2016, which led to a national awareness about the role of resilience in government IT.”

He added that the efforts of businesses like The Missing Link setting up cybersecurity centres is good for not only the Australian Cybersecurity Centre and the economy, but also helps grow the security skillset in Australia.

7 steps to MSP success: from pricing to specialisation
By Nico Arboleda
Apr 6 2018
12:43PM