The printer that HP launched into space is up and running 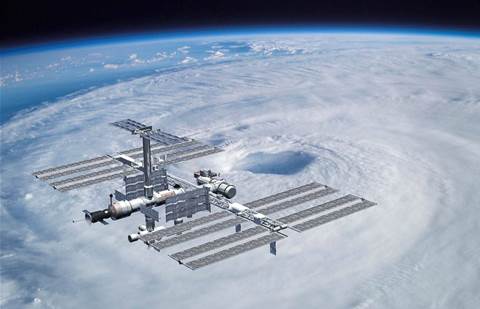 A HP printer that was launched into space has successfully made it to the International Space Station and is already being put to work.

Last year NASA, the US space agency, began working with HP on a customised version of the HP OfficeJet 5740 to be used in zero gravity by scientists and researchers on the ISS.

Designing a printer to work in zero gravity came with a unique set of challenges. According to HP, the ISS goes through two reams of paper a month, which is used to print procedural and mission critical information such as emergency e-books, inventory return trajectories, timelines and personal items like photographs.

Working with NASA, HP produced the HP Envy ISS, a modified OfficeJet 5740 printer with a unique set of features to operate in zero gravity.

One of the major challenges was ink, which could easily leak without gravity and damage other equipment on the station. The Envy ISS uses a unique waste ink system to clean the print heads, ensuring wasted ink is gathered on absorbent pads without gravity.

The printer has its own customised firmware that disables certain unneeded features like scan, copy and fax, and disables low ink warnings and other sensors.

The printer is also built from flame retardant plastic to survive any adverse conditions and has no glass, which could become dangerous if broken. The input and output trays allow for unattended operation so printed paper can’t get loose on the station. It can also print from multiple orientations.

The printer was launched on the SpaceX CRS-14 rocket on 2 April. NASA manager of ISS computer resources Stephen Hunter told partners at the HP's annual Australian partner conference, HP Evolution, in Melbourne this week that the printer had started operating as of Wednesday.

The Envy ISS printer replaced an old Epson 800 printer on the ISS which had been used on the ISS and space shuttles since 1996.

The printer isn’t the first HP device to make its way to the ISS.

Beginning in March 2016, NASA began deploying ZBook mobile workstations to the ISS, which are used for a range of functions, including command and control, operations and support, and personal use by the crew such as internet access. So far, 25 ZBooks have been deployed to the station, with an expected 120 devices to be on the ISS by the end of the refresh.

Eliminating departmental friction within MSPs
By Brendon Foye
Apr 19 2018
6:50AM