The ten hottest enterprise cloud services of 2020 (so far) 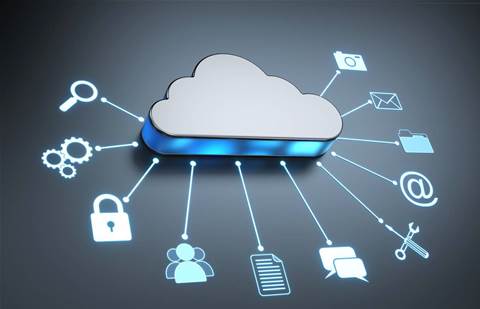 Spending on cloud services, including IaaS, SaaS and PaaS, has increased at a 28 percent compound annual growth rate -- four times the rate of overall enterprise IT spending – in the last four years, reaching US$233 billion in 2019. It now represents about 15 percent of total IT spending in the US$1.5 trillion enterprise IT market, according to research firm IDC.

Kubernetes, the open-source container-orchestration system for automating application development and management, figured big in new cloud services rolled out this year, with offerings from Microsoft Azure, AWS and Red Hat, and VMware.

Here is CRN’s take on those new cloud services and others that are standing out this year.

Google Cloud added to the capabilities of its hybrid and multi-cloud Anthos platform in April with the general availability of Anthos on AWS, which allows customers to run workloads on rival AWS’ cloud.

The news came approximately one year after Google Cloud unveiled the Kubernetes-based Anthos at its Next ’19 conference in San Francisco. Anthos allows customers to build and manage applications across environments -- in their on-premises data centers, on Google Cloud and on rival third-party clouds. Anthos on Microsoft Azure, meanwhile, is being tested with customers.

Google Cloud is working on Anthos Service Mesh support for applications running in VMs, so customers can consistently manage security and policy across different workloads in Google Cloud, on-premises and in other clouds, according to Lin.

Later this year, Google Cloud plans to give customers the ability to run Anthos with no third-party hypervisor, “delivering even better performance, further reducing costs and eliminating the management overhead of yet another vendor relationship,” Lin wrote in a blog post in April. Microsoft heralded the public preview of Azure Arc-enabled Kubernetes during its Build 2020 developer conference in May.

Azure Arc, rolled out in public preview in November, allows for the hybrid deployment of Azure services and management to any infrastructure across datacenters, edge and multi-cloud. Azure Arc-enabled Kubernetes allows users to attach and configure any Kubernetes cluster in those same environments inside or outside of Azure. Support for most Cloud Native Computing Foundation-certified Kubernetes distributions works “out of the box.”

Azure Arc-enabled Kubernetes supports industry-standard SSL to secure data while in transit, and data is stored encrypted at rest in an Azure Cosmos DB database.

The tool, which is not recommended for production workloads, currently is available in Microsoft’s East U.S. (Virginia) and West Europe (Netherlands) cloud regions. Vint Cerf, Google’s chief internet “evangelist,” called confidential computing a “game-changer” that has the potential to transform the way organizations process data in the cloud, while significantly improving confidentiality and privacy.

Google Cloud already employed a variety of isolation and sandboxing techniques as part of its cloud infrastructure to help make its multi-tenant architecture secure, but “confidential VMs take this to the next level by offering memory encryption, so that you can further isolate your workloads in the cloud,” according to a blog post by Google Cloud senior product manager Nelly Porter, confidential computing engineering director Gilad Golan and Sam Lugani, lead security product marketing manager for G Suite and the Google Cloud Platform (GCP).

Confidential computing can unlock computing scenarios that have previously not been possible, according to the trio, and organizations now can share confidential data sets and collaborate on research in the cloud while preserving confidentiality.

The Confidential VMs are based on Google Cloud‘s N2D series instances and leverage AMD’s Secure Encrypted Virtualization feature supported by its 2nd Gen AMD EPYC CPUs. Dedicated per-VM encryption keys are generated in hardware and are not exportable.

“We worked closely with the AMD Cloud Solution engineering team to help ensure that the VMs’ memory encryption doesn’t interfere with workload performance,” the blog post stated. “We added support for new OSS (Open Sound System) drivers -- NVMe and gVNIC -- to handle storage traffic and network traffic with higher throughput than older protocols. This helps ensure that the performance metrics of Confidential VMs are close to those of non-confidential VMs.”

HPE took a “huge step forward” with its GreenLake pay-per-use channel model in June, moving from a bespoke, customized model to a standardized group of 17 “building block” offerings for small, medium and large businesses.

The new HPE GreenLake cloud services offerings -- which include container management, machine learning (ML) operations, data protection, networking, VMs, storage and compute -- will help customers modernize their applications and data in the environments of their choice, from the edge to the cloud. Based on pre-integrated building blocks, they’re being sold in small to large configurations.

The building blocks offering should allow partners to reduce the sales cycle to 14 days or less from price quote to delivery, from what previously took as long as six months, according to HPE.

The company also brought the full GreenLake Cloud experience to HPE.com, allowing customers to try and price packages ranging from disaster recovery/backup to private cloud and containers as a service, and then purchase them through HPE partners.

“This is really built for the channel,” HPE senior vice president Keith White told CRN’s Steven Burke. “This gives them much more standardized opportunities to deliver these services, such as virtual machines or containers or machine-learning-type capabilities, depending on what they want to deliver to their customer set. It gives them that flexibility.” The fully managed service is designed to help IT organizations more quickly build and deploy containerised applications in AWS on Red Hat’s Kubernetes platform for hybrid deployments using the same tools and APIs. The joint offering integrates with AWS’ 175-plus cloud services, and it’s the first that allows enterprises to provision, license and bill for OpenShift through the AWS console, Sathish Balakrishnan, Red Hat’s vice president for hosted platforms, told CRN’s Joseph Tsidulko.

Red Hat expects to preview Amazon Red Hat OpenShift in the coming months and make it publicly available in the second half of 2020. To leverage OpenShift on AWS today, enterprises can use Red Hat OpenShift Dedicated, a fully managed service from Red Hat available on AWS, or OpenShift Container Platform, a version they could either self-install and self-manage, or implement through a systems integrator, Tsidulko reported.

The new solution will give partners who don’t have Kubernetes specialists and resources to create container clusters a chance to work in that market by allowing them to focus exclusively on higher-order business priorities and applications, Balakrishnan said.

The expanded VMware Tanzu portfolio allows enterprises to adopt cloud-native technologies and automate the application lifecycle on any cloud. The portfolio’s first products include VMware Tanzu Kubernetes Grid, which helps customers install and run a multi-cluster Kubernetes environment on any infrastructure; VMware Tanzu Mission Control, a centralized management platform for operating and securing Kubernetes infrastructure and modern applications across multiple teams and clouds that was previewed last August; and VMware Tanzu Application Catalog. The latter, originally previewed as Project Galleon last August, features customizable, open-source software from the Bitnami catalog that is verifiably secured, tested and maintained for use in production environments.

Commenting during a conference call, VMware chief operating officer Sanjay Poonen said the new products represent a major leap for the company in executing a strategy formulated years ago to offer truly hybrid and multi-cloud infrastructure. VMware aims to offer the industry’s best Kubernetes platforms as containers blur “much of the world we invented for virtualization,” he said, according to a report by CRN’s Tsidulko. Designed for non-professional “citizen” developers who are end users inside enterprises, the fully managed service combines the familiar interface of a spreadsheet with the data management capability of an AWS-built database. Customers can use Amazon Honeycode’s visual application builder to create interactive web and mobile apps to perform tasks including tracking data over time, notifying users of changes, routing approvals and facilitating interactive business processes.

With the release, AWS joins Microsoft and Google Cloud in the no-code application competition. AWS CEO Andy Jassy tweeted about the new EC2 instances when they were released: “Excited to bring customers the next gen of Amazon EC2 instances powered by #AWS-designed, Arm-based Graviton2 processors that deliver up to 40 percent better price/performance than comparable current x86 instances. Should be a game changer!”

The new instances have a 40 percent better price performance over comparable current-generation x86-based Amazon EC2 C5 instances, according to AWS. Built on the AWS Nitro System of AWS-designed hardware and software, they’re each available in nine instance types, including bare metal.

James Hamilton, vice president and distinguished engineer at AWS, said he even was slightly surprised by the Graviton performance – “despite the fact that I was there on day one.”

The Arm-based AWS Graviton2 processors allow for up to 7x greater performance, 4x more compute cores and 5x faster memory than the Arm-based EC2 A1 instances powered by AWS’ first-generation Graviton processor released a year ago. The native Google Cloud VMware Engine, an integrated, first-party solution for customers to migrate their VMware applications to Google Cloud without refactoring or rewriting them, was announced in May and released at the end of June.

“As we look at many enterprises, they have a fairly sizable VMware on-premise environment to power their various types of applications, from ERP to CRM to databases, etc.,” Yang told CRN. “We want to make this really easy for customers to be able to migrate these workloads…to the cloud with really minimal change, so that they can focus on running their applications without managing their overall infrastructure.”

“Essentially we have taken the CloudSimple technology and enhanced it, and made it native to Google Cloud, so now it‘s a first-party service offering that’s really operated and run by Google,” Yang said.

“We have worked very closely to really enable a customer to move their SAP, Oracle and Microsoft workloads onto (Google Cloud), and VMware environments really are one additional significant piece of this particular puzzle,” Yang said, noting there’s approximately 70 million VMs running on VMware, and the majority are sitting on premises. “A number of them is going to move onto the cloud, and we expect a good chunk of those will land on Google Cloud.” Oracle Dedicated Region Cloud@Customer is billed as a fully managed cloud region that brings all of Oracle’s 50-plus cloud services -- including Oracle Autonomous Database -- to customers’ data centers, along with the same APIs, service-level agreements and security available from Oracle’s public cloud regions.

“You get your own region in your own data center with the same economics and fully managed by Oracle,” Vinay Kumar, an Oracle Cloud vice president, told CRN’s Tsidulko.

Oracle is looking to advance its position in a hybrid cloud market increasingly contested by hyper-scalers, but competitive on-premises offerings such as AWS Outposts or Microsoft Azure Stack only make available a small subset of the services available in the AWS or Microsoft Azure public clouds, according to Kumar.

“It’s never the same,” he said. “This is a radically different approach to offering cloud like no other providers have even tried to do it.”

The pricing for Oracle Dedicated Region Cloud@Customer requires a minimum commitment of US$500,000 per month for a three-year term.

Cloud application revenue made easy
By Donna Goodison
Aug 12 2020
1:22AM