The US$8.8 billion spin-merge between Micro Focus and HPE Software is done 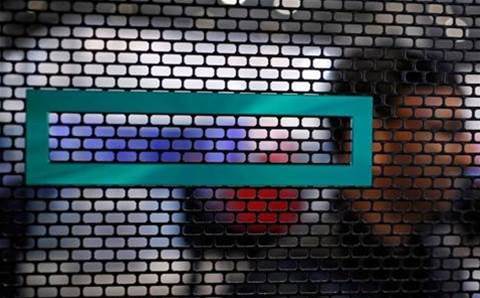 "Micro Focus is the seventh largest pure-play software company in the world with a broad and deep portfolio to help customers across their hybrid IT challenges, all the way from mainframe to public cloud and mobile," said Micro Focus CEO Chris Hsu in an interview with CRN USA the day before the company's official launch.

About 25 percent of Micro Focus' revenue will be generated through the channel and as much as 50 percent of the new company's sales will involve a partner in some way, Hsu said. And in the interview he touted the advantages the new Micro Focus and its expanded product offerings will bring to partners.

"I would encourage partners to take a very hard look at the combined company and our offerings," Hsu said. "And if they are a Micro Focus partner and not a Hewlett Packard Enterprise software customer today, or vice versa, they should be pounding on our door to get [into] a partner program immediately. That's my key point for partners."

For the time being Micro Focus will continue to separately operate its existing partner program and the channel program that served HPE software partners, Hsu said. He declined to provide a timetable for integrating the programs, noting that was dependent on integrating other aspects of the two companies, such as its IT systems.

Prior to the merger with HPE software, Micro Focus already marketed a collection of software products from a number of acquisitions including The Attachmate Group and Serena Software. And HPE's software line included products from multiple acquisitions such as Autonomy, Mercury Interactive, ArcSight, Vertica Systems and Voltage Security.

Under terms of the spin-off/merger deal, announced on 7 September 2016 and valued at US$8.8 billion for HPE and its shareholders, HPE retains 50.1 percent ownership in Micro Focus and received a US$2.5 billion cash payment.

UK-based Micro Focus is a public company whose shares will trade on the London Stock Exchange.

Friday Hsu and other Micro Focus employees rang the opening bell of the New York Stock Exchange. The creation of the company involves newly issued American depository shares that trade on the NYSE.