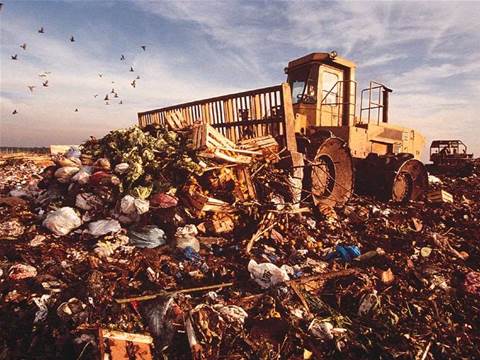 Is the world's addiction to cheaper and more affordable gaming consoles ruining our environment? According to Greenpeace, the world's most popular video game consoles are also among the world's most toxic. And the effects of these seemingly harmless materials on our bodies might not be so benevolent after all.

The Nintendo Wii, Microsoft Xbox 360 and Sony Playstation 3 all failed under the Greenpeace environmental report card, in a global effort that aims to publicly name and shame the electronics companies who continue to use hazardous materials in their products.

Two years ago, the three gaming giants were added to the 'Greenpeace Guide to Greener Electronics', in an well-meaning attempt to show which corporations were doing the green thing and which definitely weren't.

In 2007, Greenpeace warned the video gaming cartel that they either remove BFRs (Brominated Flame Retardants) and PVC from their products or continue to damage the environment. That was then. Almost two years later, it appears very little 'green action' has happened in the gaming scene.

In a ranking given to electronics manufacturers on a scale of 1 - 10, Greenpeace ranked the worst gaming offenders. Three videos produced by Greenpeace and Kokatu shed a more comical light on these individual rankings:

How the results stack up

According to Greenpeace, Mario needs to stay out of those toxic sewers. Scraping the bottom, Nintendo scored the lowest grade because of their refusal to reduce toxic waste materials that other electronic companies had already started to remove, and they include Apple, Dell and Acer.

Slightly further up the scale, Microsoft fared slightly better, but still had problems with their use of toxic waste materials.

And Sony, who rank rather well in their mobile phone partnership with Ericsson (scoring 6.5 out of 10 for improved toxic waste and efficient energy usage) didn't perform as well in the console category, failing to eliminated PVC or BFRs from their gaming products.

However, Sony did rate as the best of the worst performers in that category, with aims to reduce the toxic waste entirely from their products after 2010/11.

By contast, the Finns have done it again. Nokia, who could lay claim to gaming feats with their N-Gage, topped the 2009 list as the world's most green and environmental electronics company.

There is only limited scientific data available to demonstrate the link between BFRs and poor human health.  EHP (Environmental Health Perspectives) published a paper in 2004 that found flame retardants in their various forms have the potential to break down into the environmental, polluting our waterways and our food sources, finding their way into the human body over time.

It was also learned that BFRs are extremely effective at metabolising in the fat deposits of the human body, giving us longer exposure periods to these common industrial chemicals and forming tickting timebombs that prove much harder to study in human trials because of the duration of exposure required. EHP concluded that more research is needed to link these toxic chemicals with their effects on our immune system.

Based on other reports published at Noharm.org BFRs were found to cause: "....permanent changes in memory and learning, interference with normal thyroid function, and reproductive effects.  There is evidence that some BFRs can cause immune suppression, endocrine disruption, and cancer".

PVC has long been dubbed the 'poison plastic' and is among the world's most common plastic and valuable material in the chemical industry.  PVC can emit poisonous dioxins and phthalates when the material breaks down.

The effects of dioxins and PVC toxins on the human body are commonly linked to cancer, reproductive health and immune problems.  PVC can seep into nearby water supplies and affect entire communities who drink from that source.