These are Australia's biggest private IT companies 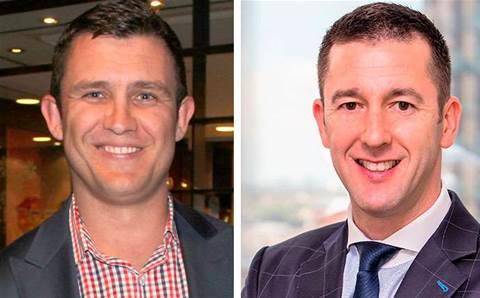 The Australian Financial Review has published its annual list of the 500 biggest companies in Australia, with a few well-known channel players securing places among the rankings.

The data, which was compiled by IBISWorld, ranks each company based on yearly revenue as well as historical financial results from ASIC.

Sydney-based ASI Solutions made the list for the first time, just sneaking in at No.500 with $63.3 million in revenue. The 31-year-old solutions provider was named as a CRN MVP for 2015 and 2016, recognised for its top-tier partnerships with HP, Intel, Lenovo and Microsoft.

ASI managing director Nathan Lowe said: "Joining the list for the first time is testament to our long-term strategy of being recognised as an Australian company that continually seeks and introduces innovative IT value-added technologies and services that challenge the current market leaders and brings significant end user benefits."

Another channel identity on the list was Brennan IT, which came in at No.436 with $94.4 million of revenue. The Sydney-headquartered managed service provider is held in high regard in the industry, as evidenced when Brennan won the inaugural CRN Fast50 Icon award in 2014.

Other resellers acknowledged by the AFR include Leading Edge Group at No.202 with $274 million. The group's Leading Edge Computers business has made efforts to shake off its reseller heritage to build out an enterprise IT services business from its network of stores across Australia.

Dialog Group was No.312 with $181 million in revenue. The Brisbane-headquartered technology services provider just rolled out a $250,000 disaster response portal for Queensland emergency services.

Managed services and data centre provider Interactive was No.338 with $159.2 million of revenue. The company supports more than 2000 customers in Australia and New Zealand and has over 400 employees in its seven offices in the region.

Newcastle-based smartphone distributor Roadhound Electronics was No.381 with revenue of $124.2 million. Roadhand handles returns and repairs for smartphones and tablets from Samsung, Huawei and Alcatel.

Software testing specialist Planit was No.462 with $82.9 million. The company lists high-profile customers such as Telstra, Optus, Vodafone NBN, and Foxtel.

The Good Guys, who is soon to be acquired by JB Hi-Fi for $870 million, was No.10 on the list with $2.35 billion. The whitegoods and consumer electronics retailer was planning to list on the ASX before the acquisition became official.

Another whitegoods and consumer electronics retailer, Bing Lee, was No.177 with $320.6 million.

The Australian arms of the 'Big Four' consulting firms ranked high on the list, with PwC at No.12, Deloitte at No. 22, EY at No.25 and KPMG at No.27. All four have started buying into the Australian IT channel through acquisitions, such as Deloitte's buyout of Melbourne integrator Sixtree in July.

The list was topped by Melbourne packaging company Visy, which made $5.7 billion in revenue, followed by Co-operative Bulk Handling and 7-Eleven.