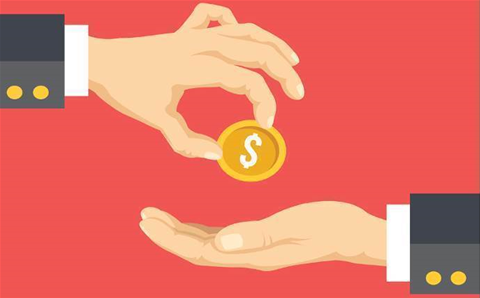 Australian technology companies were once again among the major givers that donated to political parties, as revealed today in the Australian Electoral Commission's  periodic disclosure list for 2015-16.

Donations from tech firms were mostly lower than previous years, despite the federal election taking place in July last year.

Long-time donor Macquarie Telecom this year gave $88,000 to the Australian Labor Party and $20,000 to the Liberal Party of Australia. MacTel was previously the most generous tech firm with its political donations, giving over $176,000 to both major parties in 2012-13, though that number has dropped off in recent years.

Another long-time donor is Optus' parent company SingTel, which this year gave $33,000 to Labor and $31,000 to the Liberals.

Vocus also made an appearance on the list for the first time since skipping any donations in the last financial year, this year giving $50,000 to the Liberals.

One of the largest single donations came from Danny Wallis, managing director of Melbourne-headquartered IT service provider DWS, who gave $105,000 to the Liberal Party.

Two of the "Big Four" consultancies with tech interests, Deloitte and KPMG Australia, gave sizeable donations once again to both of the major parties. KPMG gave $91,923 to the Liberals, $80,792 to Labor and $18,700 to the Liberal National Party of Queensland.

KPMG has bought up a whopping 11 tech companies in the past three years, which most recently includes Melbourne service provider Markets IT, as well as Hands-On Systems, First Point Global, SR7, Pacific Strategy Partners, Momentum Partners and SGA Property Consultancy.

Meanwhile, Deloitte donated $78,426 to Labor and $46,488 to the Liberals. The company has been on its own spree of IT acquisitions, alliances and lateral hires, including Plenary Networks, Cinder Agency, Dataweave, MashUp, Qubit Consulting, Cloud Solutions Group and Digivizer.

Media giant Village Roadshow began to significantly increase its donations to political parties in 2015 following the government's crackdown on online copyright. This year, Village Roadshow gave a whopping $357,000 to the Liberals and $279,200 to Labor.

Notable omissions from this year's list include Foxtel and TechnologyOne, who have both made sizeable donations in the past. Last year, Google appeared on the list for a $60,000 to the Labor Party, but later denied the report, saying it actually made the donation to the Chifly Research Centre, a think-tank with ties to the Labor Party.