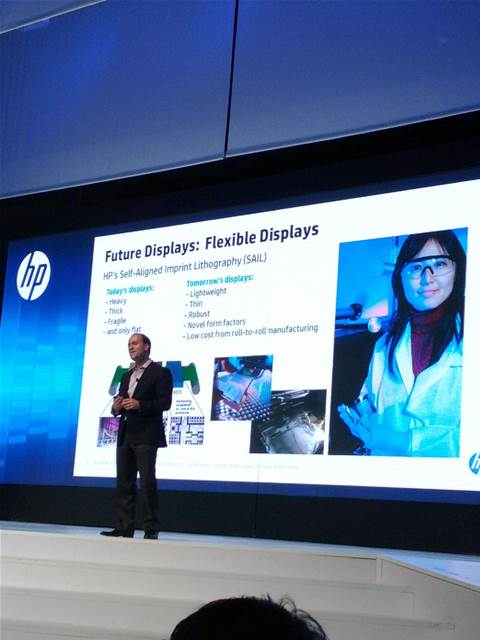 As part of the closing keynote at the Global Influencer Summit, HP's John Apostolopoulos, the Director of the Mobile and Immersive Experience Lab in Palo Alto, discussed some of the key innovations that HP expects to influence personal and business computing in the coming years.

Apostolopoulos named the memristor - a passive two-terminal electrical component - as the “missing fourth fundamental circuit element”. The memristor should allow for significant changes in storage, helping to develop a range of low-cost power efficient storage media that could replace Flash, DRAM and hard drives.

HP also named its SAIL (Self Aligned Imprint Lithography) technology as a game changer. SAIL allows for the manufacture of thin, durable flexible digital displays, using a printer like technique to imprint electronics directly onto plastic.

SAIL will allow displays to be robust, thin and extremely lightweight, encouraging manufacturers to experiment with novel form factors in their devices. Apostolopoulos gave the example of low-cost wall size curved displays made of single sheets or plastic, or smaller wearable devices that could be as thin as 100 microns while still being remarkably damage resistant.

While HP could not give timing on the SAIL displays, Apostolopoulos said that commercial iterations of devices using memristor technology could be available as early as 2014-15.

Eliminating departmental friction within MSPs
By Nic Healey
May 11 2012
8:22AM