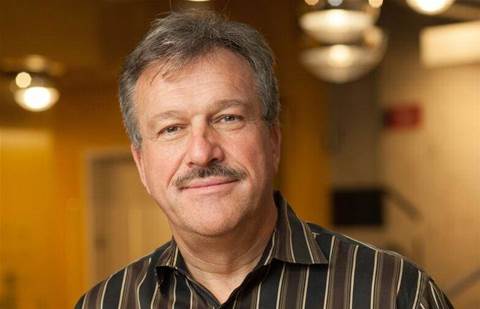 Partners of Amazon Web Services now can quote and bill labour as professional services directly through AWS Marketplace, its digital catalog of independent software vendor offerings that run on its cloud.

The move allows customers to procure and be billed for both software and associated services in a centralized place with standard contract terms – a first for a cloud infrastructure provider’s marketplace, according to Dave McCann, vice president of AWS migration, marketplaces and control services. Until today, software buyers would have to contract separately for the professional services outside AWS Marketplace.

The new offering is launching today at AWS re:Invent with professional services from more than 100 companies, including Cisco and Rackspace Technology. AWS Marketplace software listings now will highlight related professional services offerings, allowing AWS customers to purchase the best-suited services for their software implementations in one click. AWS Marketplace will itemize the purchases on customers’ AWS invoices.

“This is a pretty disruptive and transformational move that‘s going to be highly applicable to probably 20 or 30 categories of software,” McCann said. “This is something that you can’t do on Azure, and you can’t do on Google, where a buyer can contract for professional services from a third party.”

Rackspace is excited to introduce its cloud-native professional services and DevOps on AWS Marketplace, according to Taylor Bird, vice president of AWS solutions and partnerships at the company.

“Using Rackspace Technology’s services through the AWS Marketplace will accelerate a customer’s ability to leverage AWS and provide greater access to Rackspace Technology’s world-leading team of AWS subject matter experts,” Bird said. “Cutting down on administrative tasks will give companies time back to harness the power of AWS to truly make a difference in their organization.“

AWS Marketplace added the new service based on pressure from buyers and ISVs, according to McCann. AWS will charge professional service providers a fee for the transaction, just as it does for vendors when it bills and fulfills software orders.

“They’re much smaller fees, because the margins on services are lower,” said McCann, who declined to reveal the fee structure. “The fact that we’ve got 100 partners signing up…tells you that we’ve obviously struck a fee model that is widely acceptable to a lot of resellers.”

“It’s the largest launch we’ve ever done of new vendors at a single event,” McCann said.

In another first for a cloud infrastructure vendor, according to McCann, AWS Marketplace is introducing automated software license management through a full integration with AWS License Manager.

“The average bank probably spends $200 million a year on software, and you have to report what you have and who’s using it and what’s been bought and what hasn’t been used,” McCann said. “Marketplace has always enabled the purchase of the software, we’ve enabled the provisioning of the software to the engineer who wants it. But until now…we’ve left the customer to still have to do the license management work. And all that license management work is done in usually very old-fashioned license management systems. Some companies just keep track in a spreadsheet.”

AWS originally introduced AWS License Manager two years ago to make it easier to manage licenses in AWS and on-premises servers from software vendors such as Microsoft, SAP, Oracle and IBM.

Now when a customer goes into AWS Marketplace and contracts for 1,000 units of a software product, AWS will automatically register those licenses in AWS License Manager.

“And we’re making it really easy for you to then say, ’I’m granting 75 of them to Danielle, I’m granting 60 of them to Dave, I bought 200, and I’m going to keep 50 on the shelf for the next project,” McCann said. “The license management reporting is going to be automated when you buy in Marketplace.”

The request for the service came from dozens of customers with out-of-date license management systems who’ve moved more and more of their procurement to AWS Marketplace, according to McCann.

“We’ve got companies now that have bought 500 subscriptions,” McCann said. “So procurement and legal are going, ‘Hang on a minute, where’s all this stuff?’ The engineers are happy as a bunny, because they were able to get going quickly. But the IT, finance and legal teams want to know who’s got it, who’s using it, and how many have they got left.”

AWS introduced Private Marketplace two years ago, giving procurement administrators the ability to curate a list of AWS Marketplace products that their users can purchase from among the marketplace’s thousands of listings.

The offering will create a new business opportunity for consulting partners and resellers who are acting as managed service providers, according to McCann.

“Essentially you can go to a customer and say, ‘Hey, I’ll run your marketplace for you, and let me design your Private Marketplace,’” he said.

“It’s essentially a registry where I can describe all of the AWS resources that make up an application, declare that application and keep a list of them all, so that everybody knows how many I’m running,” McCann said.

“There are various tools that have attempted to do this in the industry -- some are called a change management database,” McCann said. “But they’ve never really had an easy way to describe and count all their applications. I think this is going to appeal to a lot of the consulting firms who go in and build management tools for customers.”