This NBN reseller is the first to win 10,000 satellite customers 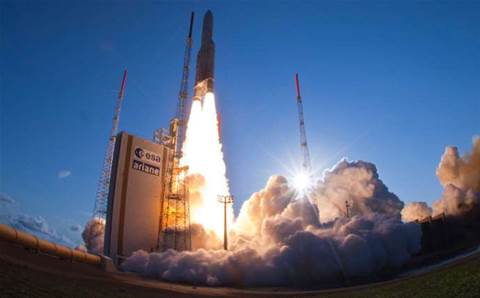 NBN opened up its wholesale broadband satellite service to resellers in April in order to provide the service to remote areas of Australia where a physical connection would otherwise be too costly. Customers can receive an estimated download speed of up to 25Mbps and upload speeds up to 5Mbps.

Active8me chief executive Tony Bundrock said the company hopes to have 20,000 Sky Muster installations by the end of the year.

"Sky Muster offers much improved speeds over existing satellite technologies and we can see that by the fantastic feedback from our installed customers," said Bundrock

"We are very happy with the progress to date but there is still a long way to go for us with plenty more customers patiently waiting to be installed with a Sky Muster service."

NBN expects Sky Muster to hit 85,000 full-time users by June 2017, and is launching a second satellite on 5 October.

Six other resellers have been approved to sell NBN services from the satellite, including Ant Communications, Clear Networks, Harbour ISP, IPSTAR, reachnet and Sky Mesh.