Thoma Bravo Calls Off Sale Of Imprivata Due To Coronavirus: Report 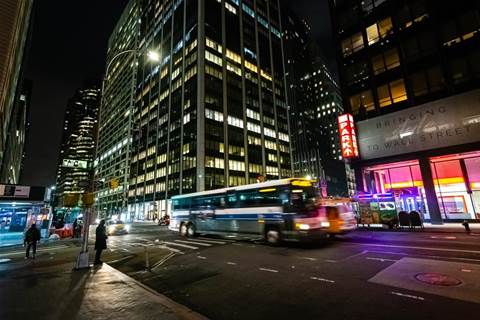 Thoma Bravo has shut down the sales process for health-care security vendor Imprivata as coronavirus concerns create market uncertainty, according to a PE Hub report.

The private equity giant had received indications of interest for Lexington, Mass.-based Imprivata and was just kicking off its second phase of the sales process, people familiar with the matter told PE Hub. But the auction for Imprivata, which helps health-care providers protect patient information, was shut down indefinitely at the start of last week, sources told PE Hub.

PE Hub first reported in early February that Goldman Sachs and William Blair had been engaged to advise on a sales process for Imprivata. Thoma Bravo and Goldman Sachs declined to comment. William Blair did not immediately respond to requests for comment from CRN.

Gus Malezis, Imprivata president and CEO, said in a statement to CRN that the company “is committed and dedicated to assisting our customers. As an essential service in Healthcare, our customers need Imprivata more than ever, and know they can depend on us to support them. Our customers remain our priority and our most important area of focus.”

Imprivata is one of many companies opting to postpone a potential sale due to fears around the economic impact of coronavirus, according to PE Hub. A good number of live processes—including the potential $3 billion sale of nuclear medicine imaging company Curium—have either been put on hold or shut down as stakeholders try to hash out the impact of coronavirus on the market, PE Hub reported.

The auction for Imprivata was expected to produce a transaction valued north of $2 billion, according to PE Hub, nearly four times the $544 million paid by Thoma Bravo in September 2016 to first acquire Imprivata.

Imprivata brought in approximately $100 million in revenue last year, sources told PE Hub, with one source telling PE Hub than 2020 EBITDA (earnings before interest, taxation, depreciation and amortization) was expected to come in around $140 million. The sellers wanted an EBITDA multiple between the high teens and 20s, a source told PE Hub.

The company was founded in 2002 and today employs 595 people, up 14 percent from 524 workers a year ago, according to LinkedIn. Imprivata was publicly traded on the New York Stock Exchange for just over two years prior to its acquisition by Thoma Bravo.

The company said it offers reseller partners premium price points with tiered discounts, specialized training and access to technical experts, a dedicated account manager, and opportunities for co-marketing. Reseller partners for Imprivata in North America include CDW, Connection and Zones, according to the company’s website.

Imprivata has made two acquisitions in recent years, announcing in January the purchase of New York-based GroundControl Solutions, which provides cloud-based automation software for provisioning shared mobile devices. And in October 2017, Imprivata bought the identity and access management business of Bellevue, Wash.-based Caradigm to help reduce security risks and IT costs for hospitals.

Grabbing the hybrid cloud opportunity with Lenovo and Azure Services
By Michael Novinson
Mar 24 2020
6:43AM