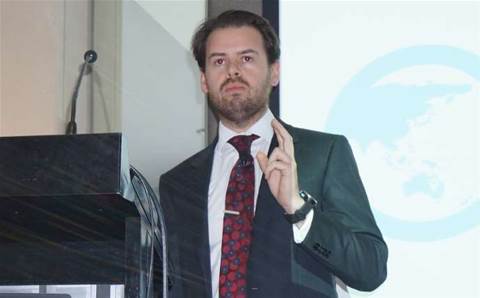 Evans, who is now delivery manager at NAB Labs, told CRN that he resigned just before Logicalis’ acquisition of Thomas Duryea was revealed in December.

“I wanted to peruse new and interesting ideas - so what better place than a startup within a bank,” said Evans.

Thomas Duryea chief executive Andrew Thomas said that an internal search is currently on to fill the CTO vacancy, while paying tribute to Evans’ six years with the company.

“We're proud of how far he progressed at TD, starting life as an SA, promoted to practice manager, then to CTO,” Thomas told CRN. “His new role seems a perfect fit for his passions combining consumer and enterprise IT.”

NAB Labs is a unit within the giant financial institution that invests and researches into new technology ventures and other emerging areas. Last July, NAB Labs announced it would allocate $50 million over three years to invest in “innovative” businesses in Australia and overseas.

Evans declined to discuss his work with his new employer, telling CRN: “I'm not allowed to talk on behalf of the bank or specifically what we are doing.”

Even before joining Thomas Duryea in 2009, Evans was a channel veteran, having worked for Ethan Group, PKBA (now Anittel) and Invizage after graduating from RMIT University with a maths degree.

Eliminating departmental friction within MSPs
By Tony Yoo
Feb 25 2016
7:40AM