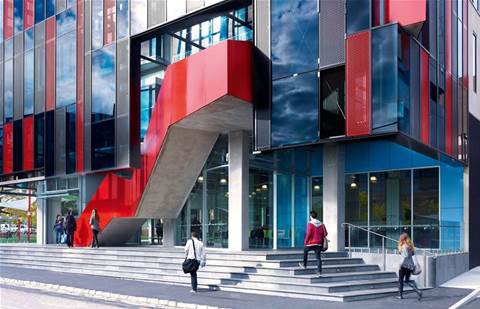 Thomas Duryea Logicalis has overhauled the data centre environment for Swinburne University in the largest-ever Nutanix sale made through the Australian channel.

The university consolidated a number of siloed IT environments onto hyperconverged infrastructure (HCI), including ageing three-tier architecture from IBM, Lenovo, Dell and HPE as well as older converged FlexPod systems from NetApp and Cisco.

Neither Nutanix, TDL or Swinburne would comment on the value of the deal, but CRN understands it was worth more than $4 million.

The move to Nutanix supports Swinburne's hybrid cloud strategy, allowing it to migrate workloads "back and forth between public cloud and on-premises without having to think about it", said Simon Naughton, director of the 80-staff infrastructure and operations team within Swinburne's 230-staff IT department.

In the past it could take "weeks, or even months" to build the infrastructure needed to support student requests, according to Nutanix. The upgrade allows the university to quickly spin up compute and storage for students and researchers without procuring additional hardware.

Jacob Pereira, channel director for Asia at Nutanix, said Thomas Duryea Logicalis "worked harmoniously with us throughout the deployment process and is helping Swinburne understand the true value of its new IT environment".

Michael Chanter, chief executive of TDL, said: "Swinburne has been a customer for TDL for many years. They're quite thoughtful but they're also very value driven so for them it's always about bang for buck. They have to try to get maximum value out of whatever they invest in."

Chanter said the Nutanix solution helps students "deploy an application stack around whatever they're doing – a lot of it is research. They might deploy a bunch of applications they need to deliver a thesis project, and then the Nutanix infrastructure essentially allowed the IT infrastructure team to be hands-off in a lot of that provisioning."

TDL has been recognised as a Nutanix Elite partner, after closing more deals than any other partner in the region over a 12-month period, as well as earning more than 30 certificates in six months.

Some student-focused applications, such as CAD and statistics software, can currently only be used in the open-access computer lab on campus due to costly or inflexible licensing.

"It does not make sense for [students] to buy an application licence; they will not spend $3000 on a licence," Naughton said.

The university is currently speaking to vendors of the top five applications that students find "the hardest to use themselves" and will look to run these on the Nutanix environment and make them available remotely via Citrix, according to Naughton.

"We are trying to move to a model where students can run them on their workstation or iPads. They could run a Windows version of AutoCAD or statistics on their Mac," he said.

Larger data sets are too time-consuming to upload to the public cloud, Naughton said, including processes running on the Dell EMC supercomputer installed last year.

"The datasets we work with are prohibitive to move to a public cloud provider. It is not the cost – you only pay for what you use – it would just be the days of getting the data sets into the public cloud."

"We are sucking down data and we process it in the supercomputer. That is just not feasible in the public cloud."

Applications in the Microsoft stack, such as SQL, run on Azure, while AWS is better for analytics, he added.

"The business analytics team is running solely on AWS; they use all of the AWS 'up the stack' [technology], such as Redshift. AWS are way ahead of Microsoft in that space. It's horses for courses."

Public cloud management is based on a range of "classic configuration management and infrastructure management stuff" running under ManageIQ, said Naughton, including Chef, Puppet and Ansible as well as its custom PowerShell scripts and Python development.

While the Nutanix investment was prompted by hardware end-of-life, the university is on a longer journey to offer students and staff a more user-friendly, self-service experience, Naughton said.

"When I started this jaunt about 18 months ago, it was that age-old story – we had a whole bunch of services we were offering but you had to call the service desk then, via triage, someone called you back and said, 'We will sort it out for you'. Then that IT guy used an automation tool or scripting to provision that," he said.

"I thought, 'Why can't we do this Amazon-like and the student does it themselves?' You don't go in and order something on Amazon and someone calls you back.

"They [students] are all Amazon or Apple users. I want IT to follow that way of thinking. That is our goal."

The Nutanix investment should allow Swinburne to reduce complexity in its environment.

Naughton said the Nutanix-based private cloud would host virtual machines that used VMware and Hyper-V, as well as workloads running on bare metal.

He said some workloads could be re-platformed.

"We will probably move a whole bunch of stuff onto Nutanix Acropolis, which is KVM-based," he said.

"We will take stuff that was running on VMware, Hyper-V and bare metal, and run it on Acropolis, although none of that is proven [yet].