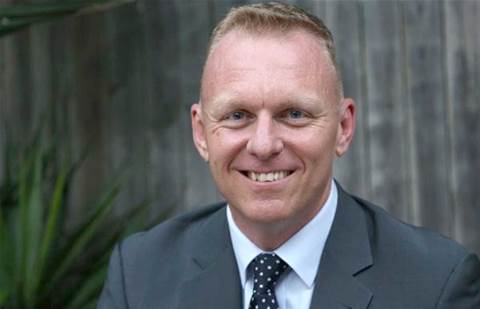 The Australian IT solution provider posted $118 million in revenue for the year ending 23 February 2018, marking a dip of $7.2 million, or 5.7 percent, year-on-year.

The company recorded after-tax profits of $1.5 million, up from $1.4 million the year prior, which represented a steady profit margin despite the fall in revenue.

Chanter noted that some areas of product resale had become less profitable, which was being experienced across the market.

That trend was reflected in the company's breakout of product sales, which fell by 12.8 percent to $49.4 million, compared to services, where revenue held steady at about $69.3 million year-on-year.

“The revenue we’ve taken this year has been higher-quality revenue than previously and I’ll take that any day of the week,” Chanter told CRN.“We constantly adjust our strategy around our go-to-market to play in profitable areas of the market.

“It’s not really surprising that some areas of traditional product business across the board are less profitable, so it's just really a refocus in terms of new services offerings and that focus on building annuity service offerings to ensure good underlying support for the profitability of the business long term.”

Chanter said the company was focused on building its portfolio of annuity customers, extending and growing its enterprise footprint, building more strategic and significant relationships, and seeking more profitable business.

“We’ll never turn away a profitable dollar but we’ll always look to how we can refocus our market offering to generating the most profitability, one example being the establishment of our security practice, a strategic initiative which is tracking very successfully,” Chanter said.

This time last year, TDL was enjoying a big turnaround from the company’s 2016 financial year, when it reported a loss of $3.53 million. That report arrived just two months after the completion of Logicalis' acquisition of Thomas Duryea Consulting.

Key projects for TDL have recently included winning Australia’s biggest-ever Nutanix deal to refresh the IT environment at Swinburne University, and a transformational local government project with Victoria's City of Casey, which won the Modernising Infrastructure award at the 2018 CRN Impact Awards.

Chanter said that in 2019 TDL would continue to increase its footprint in New South Wales, evolve its go-to-market strategies, and complete what the chief executive referred to as ‘phase 2’ of the Thomas Duryea and Logicalis integration, investing to bring together more core operations and systems.