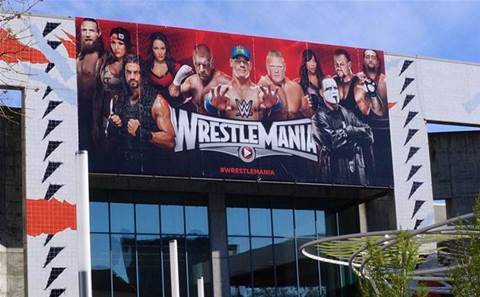 Databases containing the personal information of more than three million WWE fans have been found lying unprotected online, allowing anyone with the correct address to view the plain text data.

Bob Dyachenko, of security firm Kromtech, told Forbes that he had discovered a massive trove of data stored on an Amazon Web Services S3 server without username or password protection.

The data included home and email addresses, the ages and dates of birth of customers and their children, as well as their genders and ethnicity, although no financial information was stored. Dyachenko speculated that the database likely belonged to one of the WWE's marketing teams, as social media tracking data was also found.

If that wasn't bad enough, a second database was found shortly after, held on another AWS server and again entirely unprotected. This one appeared to hold data primarily on European customers, and contained only addresses, names and telephone numbers. An initial Forbes investigation pointed to the WWE online store as a likely source.

Dyachenko alerted the WWE on 4 July, which then quickly removed the databases from the servers and said it was investigating the incident alongside a cyber security firm. There is no obvious indication that the databases have been exposed at this stage, however, an individual would have only required the right address to view the entirety of the data set.

"Although no credit card or password information was included, and therefore [is] not at risk, WWE is investigating a potential vulnerability of a database housed on a third party platform," a WWE spokesperson said, in a statement to Forbes.

"Proper configuration and controls that prevent data leakage are critical for platforms like AWS where millions of user records are often stored and readily accessed," added Hafid. "As public cloud adoption rises, organisations must have configurations and controls tightly sealed on all fronts - their customer's sensitive personal data depends on it."

We approached the WWE for comment on the ongoing investigation.

A number of significant data breaches have occurred due to unsecure AWS buckets, typically the result of misconfigurations of servers

Last month it was discovered that almost 200 million US voter details were made publicly available when a Republican Party contractor left them open on an Amazon database. A similar oversight also left 1.5 million medical records of US citizens exposed in 2015.