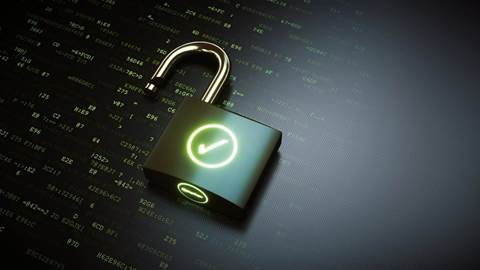 Privileged access management (PAM) vendor ThycoticCentrify has renamed its business Delinea as the company looks to double revenue and increase its use of solution providers.

The company selected the name Delinea to highlight the company’s ability to delineate between what rights a user has and what rights a user doesn’t have, said CEO Art Gilliland. Delinea has 1,000 employees and 10,000 customers and was formed in April after TPG Capital bought Centrify and Thycotic for a reported US$900 million and US$1.4 billion and brought the two rivals together.

“There’s benefits to creating a new brand when you merge two companies of about the same size,” Gilliland told CRN. “It [the name Delinea] embodies what we do without hindering all the other things that we could do.”

Delinea’s main competitor in the PAM market is longtime leader CyberArk, and Gilliland said the company will differentiate itself through ease of deployment and time to value. Gilliland said Delinea makes it possible for customers to get up and running quickly without the need for a large staff to manage the implementation process. CyberArk didn’t immediately respond to a request for comment.

“You need to have powerful products, but they need to be relatively easy to use and low impact on your people,” Gilliland said. “While we may not have all of the edge case bells and whistles functionality, our product solves the problems that our customers have and is deployed way faster.”

Gilliland wants to increase the share of Delinea’s business flowing through the channel from between 75 percent and 80 percent today to more than 95 percent by investing more in lead generation, marketing and branding and adopting a comp neutral incentive plan for the company’s internal salespeople so that there’s no cost to bringing in a channel partner. The company works with some 2,800 solution providers.

Delinea relies near-exclusively on the channel to sell to government and smaller client accounts, he said, while some larger customers – particularly in North America – prefer to buy direct. The company has a 100 percent channel model in Australia and New Zealand.

“If we want to double our business over the next couple of years, we‘re going to need a lot more partner community to be able to help us do that,” Gilliland said. “Not only for the selling and the reach to the customers, but also for the delivery of services.”

Delinea expects to increase its headcount by between 35 percent and 40 percent over the next year, and Gilliland said the company has in recent quarters seen its topline revenue grow faster than that. From a metrics standpoint, Gilliland said Delinea is tracking net new customers on a quarterly basis and net recurring revenue expansion on a year-over-year basis to assess how happy existing customers are.

“We see a very strong customer demand,” Gilliland said. “We came to market with something that was easy to deploy and to use. And it‘s our belief that if the products are easy to use, you’ll actually use them.”

Grow your software revenue by selling these 5 affordable, essential tools for the modern workplace
By Michael Novinson
Feb 2 2022
10:20AM