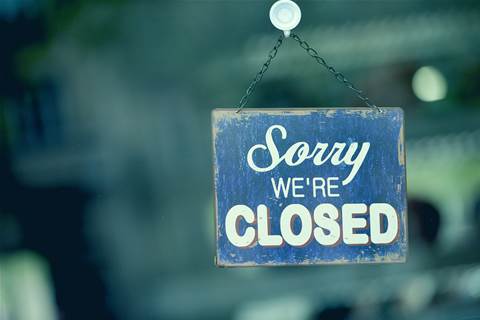 VentraIP has decided to sunset its budget brand Zuver and merge it into the primary retail brand.

This was announced in a message titled “It’s time to go… Zuver! :(“

Anyone attempting to head to the Zuver homepage is now redirected to a new page where the message is displayed.

“I hope that our customers have enjoyed the service we have provided – but as they say in the classics, all good things must come to an end,” it read.

The message goes on to say that the end of Zuver is “Due to changing market conditions and consolidation in the web hosting and domain name industry” and the company is going to “focus our efforts on a single retail brand moving forward.”

Executive chairperson and co-founder Chayne Jonstone elaborated on this in a statement to CRN, explaining that the company is now competing with just three key players: GoDaddy, Web.com (parent of Crazy Domains), and 5GN (parent of WebCentral/Netregistry).

“Traditionally, the market has been in a race to the bottom for pricing, but in recent years that trend has changed as smaller hosting companies have been acquired due to the unsustainability of their pricing models, which has led to a focus on the quality of service over price.

“When Zuver launched some nine years ago, it was positioned to compete with those in that ultra-low-cost space but that market has since been superseded and it no longer makes sense for us to continue to operate it virtually unopposed.”

A few long-time customers took to the Whirlpool forum to lament, especially those on the legacy $36/year hosting plans such as the original poster of the thread.

While there were some posts lamenting the loss of that bargain, most were relatively philosophical about the situation, and Jonstone’s own account was on hand to placate and commiserate.

Johnstone told CRN that there will be benefits for those customers who move to Ventra.

“The majority of Zuver customers are still using what we define as legacy hardware. Spinning disks, old CPU's, many over 5 years old,” he explained.

“Once the consolidation is complete, all of our customers will be hosted from the same modern platform that will, in turn, allow us to provide a consistent level of service to all customers across the board.”

As well as the eras old $36/year plan being ended, Zuver’s multi-hosting will also be ending.

However, Jonstone says that he and his team are working to ensure that Zuver customers are given ample time to adjust to the transition, including offering 12 more months at their current price.

“Over the past couple of weeks, I have personally spent time calling dozens of Zuver customers, informed them of what was about to be announced, and asked them for their thoughts so that we could formulate a plan that would be palatable to as many existing customers as possible,” He said.

“To this, we have assured customers that we will honour their existing renewal dates, and we have committed to ensuring that most services will be eligible to be renewed for up to 12 months in the future at their current price to allow them time to experience the new service and then make a decision based on their needs.”

Ultimately, Whirlpool user Brayden may have put it best: "It happens.”