Tintri eyes up US$100 million IPO 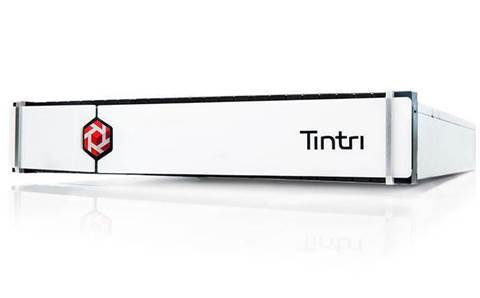 Tintri has officially filed for its IPO, saying Friday that it intends to raise US$100 million as it looks to capitalise on the growing marketing for enterprise cloud offerings.

In its S-1 filing with the Securities and Exchange Commission, Tintri said it intends to put the proceeds of the IPO toward general corporate purposes. Those purposes could include sales and marketing, engineering, technology development, and general and administrative expenses. Tintri said it could also look to use the capital for acquisition or investment to grow its technology, business and services.

Tintri first announced its intention to file for an IPO in June, filing a registration statement with the SEC at that time.

The company said in its filing that its technology is positioned to take advantage of the growing market for enterprise cloud offerings, specifically global virtualised x86 storage systems and software, a market research firm IDC expects to reach US$37.4 billion by 2018.

Tintri specialises in the development of virtual machine-aware storage offerings featuring both flash and hard disk capacity. The company differentiates itself with virtual machine-aware technology that looks at data from a virtual machine-centric point of view instead of at LUNs and volumes. This lets administrators manage the VMs rather than the details of the storage.

Tintri laid out a growth strategy in its S-1 filing that included further software innovation, expanding its customer base, increasing sales to current customers, adding new partnerships, and expanding into new markets. It said value-add channel partners are also a key part of its growth strategy and expects to "focus our efforts on supporting those partners offering cloud services, including infrastructure 'stacks' that include our solutions."