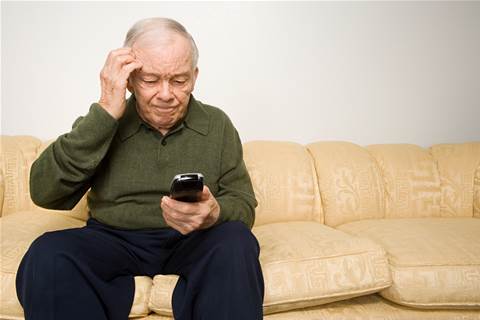 The telecommunications industry ombudsman has slammed mobile services providers for an increase in complaints, including stories of disabled Aussies being sold allegedly unsuitable contracts.

In its ‘Investigating complaints about essential mobile services’ report, the watchdog found that between July 2020 and March 2022 overall complaints decreased while mobile-related complaints increased to 63,000: higher than internet, landline and multiple services complaints combined.

“We aren't seeing the same improvements in complaints about mobile services as we are in other service types,” Telecommunications Industry Ombudsman Cynthia Gebert said.

“This is concerning because when something goes wrong with a mobile service, the impacts can be really disruptive to people’s lives.”

Gebert’s report did not break the complaint data down into which mobile services providers they were made against.

In one case study, a pensioner with mental health conditions was signed up for multiple expensive mobile handsets, plans, and accessories by CurbTel, which his representative told the Ombudsman had not been marketed to him responsibly.

The service was cancelled when he did not meet payments, and his total costs, which included cancellation fees, were over $15,000, Gebert said.

“The investigations by my office show there is still work to be done on responsible selling of mobile services, communicating effectively about service reliability, removing barriers to accessing support from a human being when trying to contact a telco, and ensuring that automatic payment methods are not negatively impacting consumers.”

Last month the Australian Communications and Media Authority published a report finding that telcos needed to improve how they handled small business complaints.

ACMA’s report was based on 1.9 million complaints received by Telstra, Optus and Vodafone, TPG Internet, Aussie Broadband, Exetel, iiNet, and M2 Commander between June to November 2021.

Sydney-based telco Limni Enterprises, formerly known as Red Telecom, was forced by the Federal Court to pay $450,000 in penalties over unpaid complaint resolution payments this month.