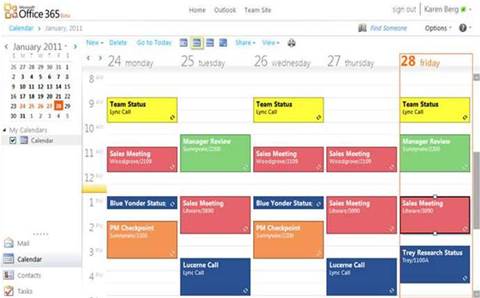 Microsoft Office 2016 suite is now officially available for home and professional users. The overhaul of Microsoft's Office includes a focus on collaboration, mobility, leveraging the cloud, and integrating real-time feedback and data into core Office applications.

With Office 2016, Microsoft brings updates to Word, Excel, PowerPoint, Publisher, Outlook, OneNote, Skype for Business, Access, Project and Visio. Beyond features, with this release of Office, Microsoft focuses on security, management and interface changes for using the office suite on multiple devices.

The Office 2016 suite is available starting today. We've been using Office 2016 for a while now. So should you take the plunge and upgrade? Read on and decide for yourself.

What will it cost? The stand-alone software version of Office 2016 costs $179 for Office 2016 Home & Student (Word, Excel, PowerPoint and OneNote) and $299 for Office Home & Business (added is Outlook 2016). Another option is  Office 365, which runs $9 monthly for a Personal plan (with one device installation) and $12 monthly for the Home Plan (Office can be installed on five devices and five phones). Microsoft Office Professional 2016 costs $599 for one PC.

Office 2016 is available in stores or online. If one has a subscription to Microsoft's Office 365, that application will be automatically updated in the coming weeks. Organisations with volume license agreements, including those with Software Assurance, will be able to download the new bits beginning 1 October.

Office 2016 includes colourful new themes that more closely match Windows 10 themes, and the latest office releases for Mac, iOS and Android apps. The colourful options appear on application ribbons and include blue for Word, green for Excel and red for PowerPoint. Ribbons also are redesigned slightly to make room for the ever-present "Tell Me" search field.

To help users be more productive in Office 2016, Microsoft has added a Tell Me box that sits inconspicuously in the centre top of the program title bars for Word, Excel and PowerPoint. Embedded in the title bar's ribbon just to the right of a lightbulb is the search field prepopulated with "Tell me what you want to do…"

If users need help trying to figure out how to project their screen to a second monitor, create graphs in Excel or put a watermark in a Word document, simply ask the Tell Me box. Just start typing in questions using natural language query, and Microsoft will narrow the answer down the best it can.

Backstage menus are the ones that typically appear when trying to open, close, save, share or export a document. With Office 2016, for example, the Info pane offers more details about a file without requiring a user to click on it again to see all details. Additional file details that used to be hidden and require a couple of extra clicks include file creation date, last modified, last printed and size.

Office 2016 backstage access also includes shortcut access to save or open files on Microsoft's OneDrive or OneDrive for Business. The idea is, Microsoft is trying to accommodate all the different versions of Office that run on Windows, Mac, iOS and Android. Want access to the last file you edited? Just visit the backstage menu on your iPad and load it.

Part of Office 2016's emphasis on sharing and storing files also includes better tools for detecting version history of files. Now Microsoft makes it easy to figure out which version of a file is stored on SharePoint and on OneDrive for Business. Simply click the History command in the File menu and view the current version or choose to restore the file to an earlier version.

Part of collaborating in Word is actually seeing what the other person is doing -- as they are doing it. To achieve that, Microsoft has added a Real Time Presence feature that allows a user to see where in a document teammates are editing.

Sway is billed as a hipper presentation app than your dad's PowerPoint. Sway lets users drag and drop photos, videos and files from YouTube, a computer, Facebook, Twitter or OneDrive onto a web browser, smartphone or tablet app. Sway lets users organise content in an engaging way to help communicate in a nonlinear (PowerPoint) manner.

Yes, Microsoft's OneNote is also an aggregation app. But Microsoft said Sway is more of a presentation app, allowing users to share finished ideas, compared with OneNote, which it said is more like the box we put ideas in before we present them.

Sway, in preview since October, will be available in Office 2016 and to business and education subscribers in Office 365 later this year.

Office menus get an IQ upgrade, Microsoft said, making saving, opening and browsing for files easier. In Word, for example, the Browse option has been elevated for improved visibility and is now much easier to find. The Open and Save As tabs also have been streamlined to reduce confusion when trying to navigate where a user wants to save a file -- be it locally or in OneDrive.

With Excel in Office 2016, Microsoft has decided to add the feature Microsoft Power Query for Excel into the core of Excel, so it no longer requires a separate download. The tool allows users to combine their own data with third-party data from within the program. That, in turn, allows for some heavy lifting when it comes to discovering, combining and refining data across a wide variety of sources.

With Power Query, one can import into Excel structured or unstructured data from public data sources, including Wikipedia tables, Microsoft Azure Marketplace and Data.gov. Then, with the built-in JSON parser, a user can create data visualisations over Big Data and Azure HDInsight.

Next: the feature you'll appreciate most