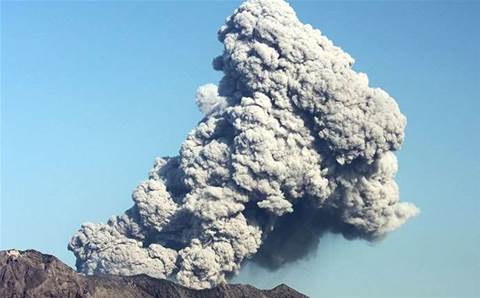 Cloud computing is always a major talking point at IT conferences, but it was a cloud of another nature that had the biggest impact at the region's top channel event.

Dozens of Australia's top channel executives heading to the Canalys conference in Bali had their travel plans thrown into disarray as Indonesia's Mount Rinjani erupted and planes were grounded.

It's not the first time ash clouds from a volcanic eruption have plagued flights in and out of Denpasar's Ngurah Rai Airport, with Mount Raung grounding planes in July and August.

The travel dramas impacted about 35 delegates to the popular channel event, which is now in its fourth year in APAC and attracted around 900 visitors from across the region.

CRN – a media partner for Canalys – was unable to attend the conference after Virgin Australia became the first airline to scuttle flights, followed soon by Jetstar. This was followed by a full shutdown of the main Bali airport.

Casualties of the travel strife included senior execs from many leading IT companies, with delegates from Ingram Micro, Harbour IT, Huawei and Dell all telling CRN they had been unable to travel.

Sydney-based Fujitsu channel manager Daniel Campbell was transferred to a flight via Melbourne only to have his onward flight to Bali cancelled.

Adam Davenport, managing director of Sydney-based security provider Loop Technology, had his flight from Hong Kong diverted to Javanese capital Surabaya and he missed the conference.

Kon Kakanis, managing director of Brisbane-based Sundata, missed this year's conference after being "gazumped at the airport" by cancellations.

"I’ve been to Canalys three times previously and always have found it more valuable, at a business level, than traditional vendor partner conferences. What I value is the independent analysis provided by Canalys, which helps us to verify our own thoughts about market and strategy. This is not something you get from vendors' events."

His Sundata co-founder, Matthew Parker, did make it to Bali, and shared this photo of the party. 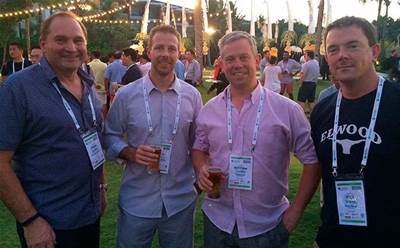 Other Australian delegates who made it to this year's conference spoke highly of the content and the networking opportunities.

ASI Solutions managing director Nathan Lowe singled out a presentation on channel frustrations as a standout piece of Canalys content. It covered issues such as management by dashboard, complex rebates, deal registration and lack of personal relationships.

Lowe said said the networking was great, although "half the Aussie contingent [was] unable to attend the event". He added that he wasn't sure when he would return to Australia because the airport remains closed.

Syd Borg, chief executive of PCS Australia, echoed Lowe's sentiments. "Opening keynote by Steve [Brazier] was good. One good point was that he reported on feedback from the channel on what our main concerns were when dealing with our suppliers."

Other takeaways for Borg included a slide showing distributor growth in the APAC region has declined year on year, while "channel partners revenue is only growing at single-digit numbers, 7-9 percent".

"Thank Christ not a lot of time was spent on that silly phrase and grammatically incorrect the 'internet of things'. Figures of the top manufacturers' net worth and growth predictions were put up, obviously showing Apple as still the leader of the pack," said Borg.

The conference organisers have been sending out regular travel alerts to inform delegates, and have set up a travel hotline.

Canalys chief executive Steve Brazier told CRN that the organisers are "looking after partners as well as possible, and are currently extending their hotel stays and providing vouchers to cover [food and beverage], all at our expense".