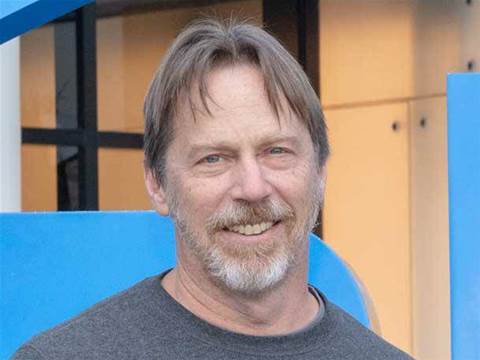 The company announced Keller's resignation on Thursday, a significant departure for the chipmaker, which was relying on his deep technical expertise to design next-generation processor technologies. The company said he was stepping down for personal reasons.

"Intel appreciates Mr. Keller's work over the past two years helping them continue advancing Intel's product leadership and they wish him and his family all the best for the future," the company said in an announcement on its website, adding that Keller will serve as a consultant over the next six months.

Keller — who was a senior vice president of Intel's Technology, Systems Architecture and Client Group and general manager of the Silicon Engineering Group — has been previously credited for groundbreaking silicon work at Tesla, Apple and AMD, where he helped develop one of the industry's first 64-bit processors. In May, he was the subject of a feature in Fortune magazine titled, " Why Intel is betting its chips on microprocessor mastermind Jim Keller."

"Jim Keller's a rock star and [Intel] is losing a great architect," Patrick Moorhead, president and principal analyst at Moor Insights and Strategy, told CRN. "Historically, Keller has left after a specific milestone like he did at Apple, Tesla and AMD. I don't have insights into his personal reasons for leaving but I hope he's OK. For Intel, the company has a deep bench and it's a place architects want to work."

Keller's resignation was announced a day after Intel marked the launch of its new Lakefield hybrid processors, which includes low-power Tremont cores that Keller helped design. He had also worked on the company's 10-nanometer processors, which debuted last year with the Ice Lake chips for ultra-thin laptops. The company is expected to debut 10nm server processors later this year.

In the wake of Keller's sudden departure, Intel said it was reshuffling the senior leadership of Intel's Technology, Systems Architecture and Client Group, which remains under the leadership of Murthy Renduchintala, the company's chief engineering officer.

When Intel announced its hiring of Keller in April 2018, Renduchintala said Keller was expected to "help accelerate" the transformation in how Intel designs chips.

"Jim is one of the most respected microarchitecture design visionaries in the industry, and the latest example of top technical talent to join Intel," he said in a statement at the time.

Keller marks another departure for Intel's executive management team within the last few months. In May, Craig Barratt, who led Intel's Connectivity Group, departed to pursue a new opportunity. A few months earlier — in March — Naveen Rao, who was Intel's top artificial intelligence executive, left after the company decided to wind down development of its Nervana neural network processors that stemmed from Intel's 2016 acquisition of Nervana Systems.