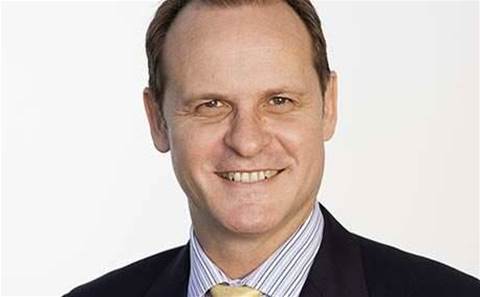 Melbourne-headquartered Kloud will be able to take Ice Systems' AWS prowess to its client base, said Kloud director Geoff Rohrsheim.

Kloud specialises in the enterprise sector, where clients typically have a mix of environments, Rohrsheim said. "We have been talking to Amazon and Google because our customers have got that stuff but we haven't had the credibility in those environments on those platforms.

"Kloud is seen as Microsoft focused, but that's not how we started the business. We started it as 'cloud', but the enterprises were very quick to migrate their Microsoft stack: Office 365 was the first, a no-brainer, then SharePoint Online then Active Directory federation."

In the future, enterprises will likely be running workloads on at least two if not all of the "big three" cloud providers, Microsoft, Amazon and Google, added Rohrsheim.

In the Australian cloud sector, Google trails both AWS, which got first-mover advantage when it opened in Sydney in 2012, and Microsoft, which began offering onshore hosting via the two Azure data centres it opened last year.

However, Rohrsheim pointed to Google's strength in the small to medium end of the market thanks to the success of Google Apps, and said Kloud was eyeing acquisitions in that channel, too.

He revealed that Kloud has been looking at acquisition opportunities following years of massive organic growth: the company has grown an average of 273 percent annually over the past four years.

Kloud managing director Nicki Bowers said: "We have seen examples of excellent work carried out in past years by the team from Ice Systems and are confident their commitment and dedication to promote leading-edge DevOps and cloud automation opportunities will help both of us to develop lasting and profitable relationship."

Along with its open source credentials, Ice Systems gives Kloud geographic expansion – it already has an operation in Sydney, as well as its Melbourne HQ and Adelaide offices. Rohrsheim said Kloud was actively seeking out acquisition targets to give it a foothold in Perth and Asia.

Ice Systems managing director Duncan Journee told CRN that the investment would not see his company reorient itself around Microsoft. "I don't see the growth in that area; I will leave that to them [Kloud]. Our focus is 100 percent on DevOps, cloud automation, cloud management, Linux and the Amazon world. We have a couple of big customers on Microsoft but that is not our focus."

Ice Systems was one of the first AWS partners in Australia. "We focus only on the big end of town, such as telecoms, financial services. There's not one where we are not touching AWS," said Journee.

It's not the first strategic investment by Kloud in recent months. In December, it announced a tie-up with Sydney-based Microsoft partner XCentral, forming new entity Nimbal and securing a coveted early position on the vendor's Cloud Solution Provider program.