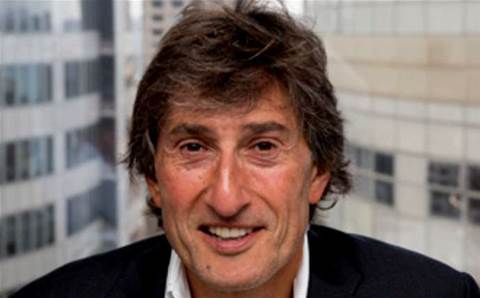 The publicly listed IT solutions provider, which was Microsoft’s Australia country partner of the year for 2016, reported revenue of $54.7 million, up 62 percent thanks to the impact of two acquisitions as well as strong organic growth.

MOQ touted growth across all lines of business, with recurring revenue up 123 percent to $10.8 million, professional services up 40 percent to $15 million and its reselling business up 58 percent to $29 million.

While the company has expanded quickly through acquisition, nearly 50 percent of its additional revenue in 2017 was achieved from organic growth, it reported to shareholders.

MOQdigital was created through a roll-up model, absorbing four IT companies over the past three years: Breeze and Technology Effect in 2014 and Skoolbag and Tetran in 2016. The strategy is led by David Shein, who was the founder of ComTech, which he grew to revenues of $700 million and 1400 staff before selling it to Dimension Data in 2001.

The past year has not been without its upheaval, with chief executive Nicki Page resigning in April and director Don Francis, the founder of Tetran, resigning in July.

Some $323,000 was spent on the senior management departures as well as restructuring its professional services practices.

This was part of $1.1 million in non-recurring integration and restructuring costs, which also consisted of $469,000 on a new service management system and $278,000 in "integration activities", including marketing, travel and strategic planning off-sites to bring together the Tetran and MOQdigital teams.

It hinted at more M&A activity to come, stating that the current financial year "represents an opportunity for the company to continue with its strategy to develop, build and acquire complementary cloud-focused technology businesses to pursue suitable growth opportunities by either organic investment or through synergistic acquisitions in the technology sector".

"With a substantially lower cost base and a focused management team, we are confident that we will deliver our shareholders the growth fitting of our team, the market opportunity and the companies that we represent in the year ahead," it wrote in its annual report.

Other priorities for the coming financial year include growing the NSW operation through new client wins, hunting more managed services business, adding new vendors aimed a the education market, expanding its Skoolbag system for the K-12 education market and growing the in the "booming" data analytics market.

Cloud application revenue made easy
By Steven Kiernan
Aug 31 2017
2:21AM