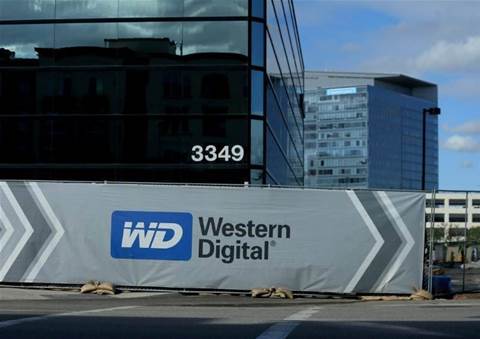 Toshiba and Western Digital have agreed in principle to settle a dispute over the Japanese firm's plans to sell its US$18 billion chip unit and aim to have a final agreement in place next week, sources familiar with the matter said.

The board of the embattled Japanese conglomerate approved a framework for a settlement on Wednesday, one of the sources said.

The potential for Western Digital - Toshiba's partner in its main semiconductor plant and jilted suitor in the auction - to block a deal has been seen as the main obstacle to the planned sale of the unit to a Bain Capital-led consortium.

The settlement under discussion calls for Western Digital to drop arbitration claims seeking to stop the sale in exchange for Toshiba allowing it to invest in a new production line for advanced flash memory chips that is slated to start next year, two sources said.

All sources declined to be identified as they were not authorised to speak to the media.

A Toshiba spokesman said that while the company was open to a settlement, it would not disclose discussion specifics or details of board of directors meetings.

"It is not a fact that we have reached an agreement with Western Digital," he said.

Toshiba was forced to put the unit - the world's number two producer of NAND chips - on the block to cover billions of dollars in liabilities arising from its now bankrupt US nuclear power unit Westinghouse.

The deal with the Bain-led consortium will, however, see it reinvest in the unit and together with Hoya Corp, a maker of parts for chip devices, Japanese firms will hold more than 50 percent of the business - a keen wish of the Japanese government.

As part of the planned settlement, Toshiba and Western Digital would extend existing agreements for their chip joint ventures in Yokkaichi, central Japan, one of the sources said. The current agreements are set to start expiring from 2021.

Western Digital would also invest in a completely new chip plant that Toshiba will start building next year in northern Japan, the source said.

With data storage key to most next-generation technologies from artificial intelligence and autonomous driving to the internet of things, NAND chips have only grown in importance and Western Digital has been desperate to keep the business out of the hands of rival chipmakers.

South Korean chipmaker SK Hynix's participation in the Bain consortium has infuriated Western Digital and a key sticking point in recent weeks has been how to ensure it will be blocked from accessing proprietary information that belongs to the chip unit, separate sources have previously said.

While it was not immediately clear if this issue had been completely resolved, one of the sources said agreements on aspects that had been under contention were "not far off".

Toshiba gained the upper hand in negotiations with Western Digital after securing a US$5.4 billion cash injection from overseas funds that will allow it to bolster its balance sheet before the end of March and avoid a delisting.

The sale still needs to clear regulatory reviews but they are not expected to scuttle the deal.

7 steps to MSP success: from pricing to specialisation
By Makiko Yamazaki
Dec 10 2017
8:09PM