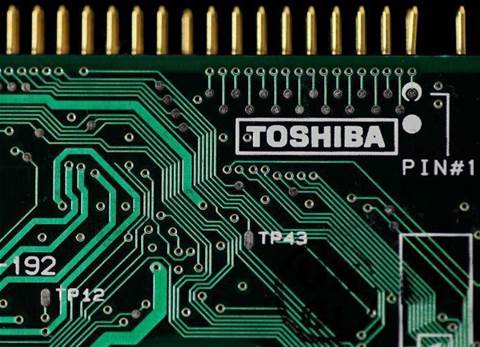 Toshiba has asked a US court to dismiss a Western Digital request for an injunction to prevent a sale of the Japanese firm's chip business, saying the court has no jurisdiction and that an injunction would cause irreparable harm.

Western Digital, which jointly runs Toshiba's main semiconductor plant, has claimed that its partner has breached joint venture contracts as it pursues an US$18 billion sale of the unit and is seeking an injunction to prevent any deal without its consent.

In its filing with the Superior Court of California, Toshiba argued that their joint venture interests only cover a small portion of its flash memory semiconductor business and that the court has no jurisdiction as its primary place of business was Japan.

Toshiba is scrambling to get a deal done as fast as possible as it needs funds to cover billions in cost overruns at now-bankrupt unit Westinghouse. It is currently negotiating with a preferred bidder consortium that includes Japan government investors and US private equity firm Bain Capital.

"Even if an agreement is reached with a bidder... if Toshiba is prevented from moving forward on implementing that transaction, the harm to an overall deal would be severe - and may well make the implementation of a transaction impossible," said in its filing, which was made on Friday.

Western Digital has tabled its own bid for the chip unit - the world's No. 2 producer of NAND chips - but the offer has gained little traction with Toshiba, which says it raises anti-trust concerns. The Japanese firm is also reluctant to engage with Western Digital as its US partner has said in the past it wants to take control of the unit.

Western Digital argues that an injunction will ensure that an international arbitration court will be given an appropriate opportunity to resolve their dispute.

The court hearing on the issue is scheduled for 14 July and Western Digital has said it believes a decision could come on the same day.

Western Digital is expected to file a response to Toshiba's opposition before the hearing.