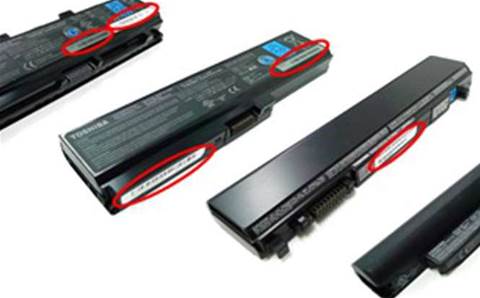 Toshiba Australia has extended the date-of-supply range of a battery recall it issued earlier this year.

The recall now includes Lithium-ion batteries supplied from July 2013 to November 2016 as a replacement battery for or with Satellite models.

The batteries can overheat because of a short circuit, which can lead to fire and burn hazard to users.

The products were supplied nationally through major electrical retailers and smaller resellers.

Toshiba has provided a downloadable software so customers can check if their battery is affected. Customers with these should register with Toshiba to receive a replacement battery pack.

Users who have previously determined their batteries were not affected should run a re-check.

The vendor said laptops may still be used by removing the batteries and using only on AC power.