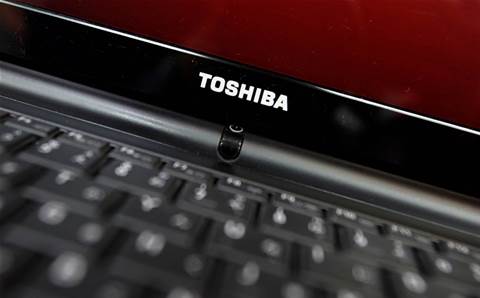 The company has sold its remaining 19.9 percent share of Dynabook Inc to Sharp last week, making its former PC business a wholly-owned subsidiary of Sharp.

Sharp revealed in June 2018 that it would acquire an 80.1 percent stake in Dynabook Inc for 4 billion yen (A$47 million at the time), marking a return to PCs after an eight-year hiatus.

Sharp was mainly known as a major vendor of high-end televisions and smartphone displays but struggled to compete with other Asian rivals towards the end of the 2010s. The company was acquired by Taiwan-headquartered Foxconn in 2016, the world's biggest contract manufacturer and major Apple supplier.

A report from Reuters in 2018 said the deal would see Sharp using the scale of Foxconn to manufacture PCs more cheaply.

Toshiba was also in the midst of a sell-off at the time, offloading its memory chip business to a Bain Capital-led group, its television business to Hisense and its white-goods business to China's Midea Group to cover liabilities arising from the bankruptcy of its US nuclear power business, Westinghouse in 2018.

Grow your software revenue by selling these 5 affordable, essential tools for the modern workplace
By Nico Arboleda
Aug 10 2020
11:30AM