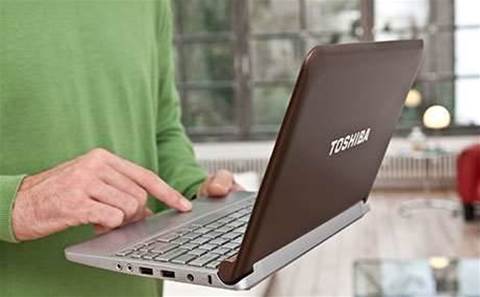 Toshiba is planning to pare back its consumer PC business, after announcing big job cuts in its computer division.

The company said it planned to "control volatility" in the consumer PC business with "significant downsizing measures". Those include reducing the number of countries in which it sells consumer PCs from 32 to 13 by the end of this financial year.

The company said it would "focus on developed countries, where it can also expect to promote collaboration with the B2B business", suggesting the firm doesn't want to become embroiled in the battle for low-cost hardware in developing nations.

Worldwide, Toshiba will make around 20 percent of the employees in its PC division redundant as a result of the cutbacks, at the loss of 900 jobs.

While Toshiba is beating a retreat from the consumer business, it says it plans to expand its business PC range, including everything "from workstations to tablet PCs". The company says it will also explore new sales channels for business PCs.

Toshiba is by no means the first big company to retreat from the consumer PC business in recent years. Sony sold its VAIO division earlier this year, leaving the PC business after almost 20 years.

Samsung scrapped its desktop PC range last year, focusing instead on laptops and tablets, and the world's biggest PC maker, HP, dallied with the idea of leaving the PC business before changing its mind and its CEO in 2012.

Grow your software revenue by selling these 5 affordable, essential tools for the modern workplace
By Barry Collins
Sep 22 2014
6:19AM