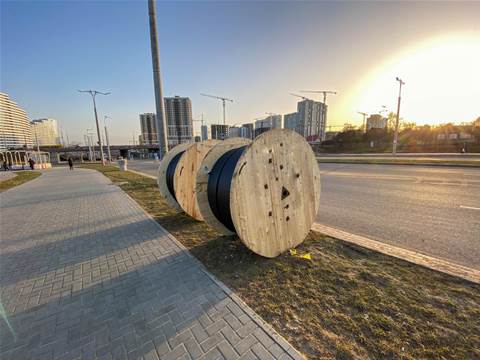 G.fast can deliver download speeds of up to one gigabit per second (1000Mbps) across its fibre-to-the-building (FTTB) network, up to 10 times faster than speeds currently offered across NBN Co’s FTTB network.

In 2018, NBN Co started to deploy “trial” distribution point units built by Nokia and Adtran in its fibre-to-the-curb footprint that had VDSL2 and G.fast modes, but with “no immediate plans” to switch on the G.fast capability.

TPG Telecom group executive wholesale, enterprise and government, Jonathan Rutherford said the launch of G.Fast was a game-changer for the telco’s wholesale business and customers.

“We are not only offering some of the fastest broadband speeds available in Australia today, but we have a straightforward pricing structure, which means it is easier than ever to deliver superfast broadband to customers.”

TPG said it was offering a 15 per cent discount to wholesalers that order a G.Fast service over the next 12 months.

Rutherford said the G.Fast upgrade was now available in more than 2000 buildings across New South Wales, Queensland, Victoria and the ACT, covering more than 230,000 premises.

“G.Fast is just the beginning of our infrastructure investment for FTTB premises. We have plans to upgrade our footprint in South Australia and Western Australia, which will take us to more than 2,500 buildings over the next year.

“In the near future, we will also launch new superfast speed tiers across our VDSL and cable networks to deliver greater speeds to more customers than ever before.”

The launch of new speed tiers across TPG wholesale networks follows the Australian Competition and Consumer Commission's decision in April to accept an undertaking that will see the telco continue to functionally separate its wholesale and retail arms for the supply of broadband services.

The undertaking comes into effect in October 2022. TPG said this would provide it with greater flexibility to expand its fixed-line network footprint.