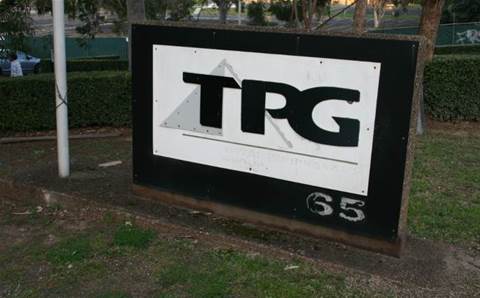 TPG executive chairman David Teoh has apologised for the telco's crumbling share price as the rollout of the NBN continues to affect the company's business.

TPG made the decision to cut its dividend to shareholders from 10 cents per share to 2 cents in September, citing the need to pump more investment into building its own mobile network.

The company acquired a segment of 700Mhz spectrum for $1.26 billion in April, announcing plans to take on Australia's big three mobile operators – Telstra, Optus and Vodafone – with its own $1.9 billion network.

Consumer mobile sales accounted for $120.3 million out of TPG's $2.4 billion total revenue in FY17. TPG plans to open services on its own network by mid-2018 with initial site clusters in Sydney, Melbourne, Canberra, Adelaide and Brisbane, which will cover 80 percent of the population.

"Your directors are all shareholders in the company and each of us is, of course, disappointed about the margin headwinds that the group is facing as a result of the building of the NBN network, and the consequential decline in the company's share price over the past year," Teoh told shareholders.

"However, I am confident that the strategies we are implementing will continue to create excellent value for shareholders over the long term."

TPG isn't the first telco to blame the NBN for financial woes. Telstra has previously stated that the national network rollout is likely to leave a $3 billion hole in revenue, stemming from no longer having a wholesale fixed-line business once the NBN is complete.