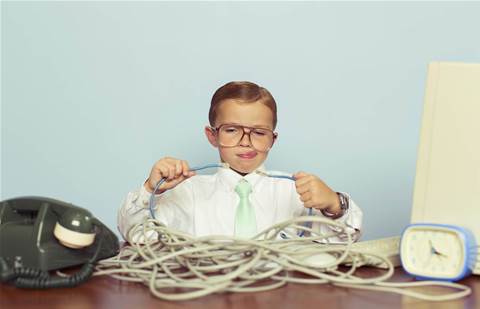 TPG confirmed last week that its email service had been affected by another unplanned outage, less than a month since a multi-day incident left its customers fuming.

The telco confirmed the outage on Friday, 20 September on social media and in its community site, but did not explain the cause. CRN has contacted TPG for comment.

We received multiple reports with this issue and it has been escalated to our System administrators for further investigation. We'll advise you once an update is available. We apologise for the inconvenience. -Geli

A number of users took to Twitter, Whirlpool and the TPG Community site to express their frustration. Some CRN users also reported the outage.

Is TPG email server down again? Haven’t been able to access email since 7am.

@TPG_Telecom is your email down again - I have no access to any of my TPG email accounts?

TPG’s service status page at the time claimed the outage started at 1pm Friday, although an email suggested the telco was aware of the issues 40 minutes prior. Expected time of restoration was at 3pm the same day.

A TPG community moderator said the telco couldn’t confirm the exact time when the outage occurred, and that system administrators usually decide when an issue is either a general outage or just an isolated incident.

TPG representatives confirmed the email service was restored on the same day.

Hi Tony, emails have been restored. Let me know if you need further assistance. Have a great day! -Julien

In August, TPG's email and post office services were affected by a multi-day outage that was caused by storage issues. Customers of wholly-owned Adelaide-based subsidiary Chariot were also affected.

Grabbing the hybrid cloud opportunity with Lenovo and Azure Services
By Nico Arboleda
Sep 23 2019
11:49AM