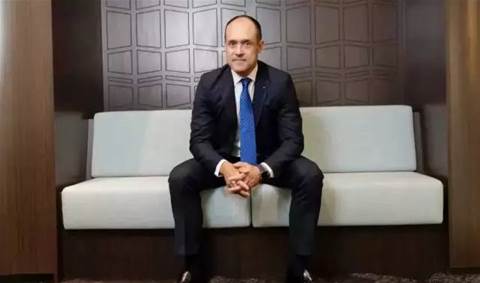 TPG is set to launch a new set of 5G fixed wireless products in the first half of 2021.

The company’s boss Iñaki Berroeta made the announcement during an address to the CommsDay Summit this week.

“For some time now we have been selling 4G fixed wireless services under the Vodafone brand,” Berroeta said.

“This has been offered in areas where we have excess 4G capacity, and we have connected thousands of customers on this product.”

The new products, slated for release in early 2021, “will take our fixed wireless offering to a new level and provide customers with further choice,” he said.

Both TPG’s major rivals in the mobile space Telstra and Optus have unveiled similar service offerings.

Berroeta added that while 5G fixed wireless services were often characterised “as simply a bypass of the NBN, … that assumes that every consumer wants the same telecommunications solutions - they don’t.”

“Customers have different speed, usage and budget requirements,” he added.

The TPG boss said that a “successful NBN” was still in Australia’s best interests.

“As the second largest NBN retailer, the delivery of NBN services is - and will continue to be - a critical part of our business,” he said.

“This is particularly important in the current environment where customers are relying more than ever on their NBN service.”

Berroeta welcomed recent announcements by NBN Co to upgrade the network to bring more premises up to full fibre connections, instead of fibre-to-the-node.

However, he also joined other major telcos in arguing for more fundamental changes to NBN Co’s pricing model in order “to unleash the full potential of the NBN for households.”

NBN Co will resurrect excess bandwidth charges - called connectivity virtual circuit or CVC - at the end of this year, but Berroeta said they should be scrapped.

“The CVC charge is like driving a lap at Bathurst stuck in second gear,” he said.

“Its removal and replacement with a flat-rate wholesale charge for NBN speed tiers will result in a significant increase in speeds for NBN customers, as well as ensuring NBN services are more affordable.”