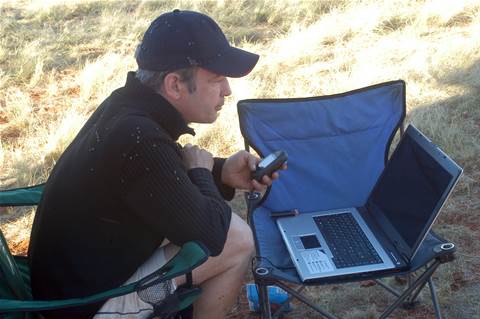 TPG has launched its ‘Business Satellite Internet’ which will use nbn co's Sky Muster satellite to increase connectivity for TPG’s business customers in remote areas.

“The service can be rapidly deployed as no elaborate infrastructure is required to set up the service at the customer location,” the second-largest ASX-listed telecommunications company. said in a statement today

TPG head of product – enterprise, government and wholesale Tom Sykes said “whether you’re operating a renewable energy hub in the middle of the Nullarbor or helping deliver essential telehealth service to remote communities in outback Australia, we have the connectivity solution for you.”

TPG Telecom’s Business Satellite Internet has a choice of four data packs offering data allowances up to 1,000GB a month.

TPG said the Business Satellite Internet can also be deployed as an alternative connectivity option for customers searching for redundancy solutions to complement existing fixed connectivity.

However, there is still pressure on the publicly-owned corporation to expand connectivity in remote areas through fixed wireless as well.

The 2021 Regional Telecommunications Review recommended nbn co make “holistic upgrades” to its fixed wireless network, including extending the reach of the network into areas currently mapped for Sky Muster.

Grow your software revenue by selling these 5 affordable, essential tools for the modern workplace
By Jeremy Nadel
Apr 13 2022
6:42PM