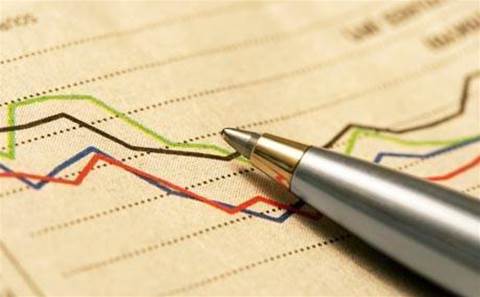 TPG's shares have taken a nosedive in the wake of its announced plans to build a $2 billion mobile network, taking on Telstra, Optus and Vodafone.

Trading on the Australian Securities Exchange stopped on Wednesday last week after the telco revealed it acquired its own share of the 700Mhz spectrum for $1.26 billion.

TPG will fork out another $600 million over the next three years to build out the 4G mobile network, which will cover 80 percent of the Australian population.

Shares were trading at $6.65 each before the trading halt, which tumbled down to $5.38 at the time of writing, a decrease of more than 18 percent.

TPG kicked off an institutional entitlement offer scheme to raise $400 million in capital to support the network rollout.

At the opening of trading this morning, TPG said it had raised or received binding commitments for $320 million of the total $400 million. TPG offered shareholders new shares at $5.25 each for 11.3 of their existing shares. A retail entitlement offer will begin on 27 April to raise another $81.5 million.

TPG has nearly half-a-million mobile subscribers, with services resold from Vodafone's portion of the network. A TPG spokesperson told CRN at the time that it had no plans to change its MVNO arrangement with Vodafone in the near future.

TPG's soon-to-be largest mobile network competitor Telstra took a seven percent hit to shares immediately following the spectrum acquisition, dropping from $4.56 last week to a $4.02 at the time of writing.