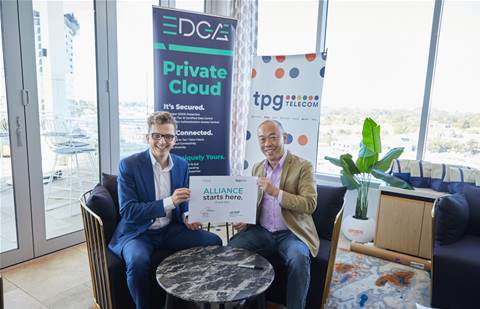 TPG Telecom has launched a new private cloud region for Western Australia to deliver managed cloud services in the state.

The launch coincides with the telco’s recent partnership with data centre provider DC Alliance, through its DCA Networks subsidiary, which will host a private cloud in its PIER Facility.

DCA will be TPG’s secure data centre facility provider and will house critical network infrastructure for services in Canning Vale, the surrounding Perth metropolitan regions and other regions in the state.

Customers will gain access to the benefits of on-premises IT services like high bandwidth, low latency on-demand compute and storage from DCA’s highly secure PIER data centre without the infrastructure costs.

“This launch means that critical data and IT applications of WA-native businesses will be housed close to their premises, delivering high performance and secure management of their digital infrastructure.”

DCA executive chairman Roy Wong said, “DCA | PIER is now truly ready for business and to host local and international partners and corporations. I would like to thank TPG for their confidence and validation in choosing DCA | PIER.”

TPG said the new region will be integrated to its core fibre network, allowing a customer to directly link to the private cloud service via an ultra-high bandwidth low latency connection.

The private cloud services also support equipment from vendors like Cisco and Netapp, as well as connectivity options to public cloud providers such as Microsoft Azure and AWS forming a hybrid or multi-cloud platform.

TPG in April launched a private cloud service in Brisbane, also signing the Moreton Bay Regional Council as its first customer for the Queensland region. The telco’s other private cloud regions are three in New South Wales and one in Victoria.