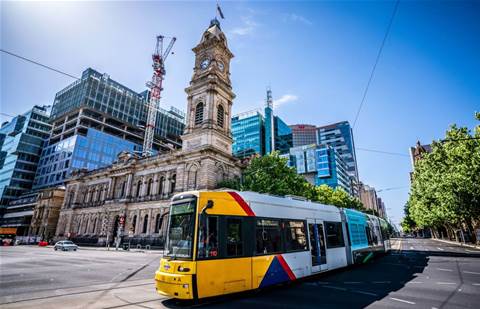 TPG Telecom has secured a contract to replace the City of Adelaide’s free wi-fi network with a new full fibre optic network.

The $4.8 million deal involves ripping out the current network’s mix of mesh-wireless, fibre and copper-based built by now TPG subsidiary Internode in 2014, and to replace it with an all-fibre network built on the City of Adelaide’s Ten Gigabit Adelaide fibre network.

The new network, called the “ADL Free powered by TPG Telecom”, will be powered by some 250 wireless access points to cover more areas of the city.

“The ADL Free powered by TPG Telecom wi-fi network will be the largest, free, city-wide wi-fi network in Australia and will deliver greater speed, capability and reliability for the people of Adelaide and its visitors,” TPG Telecom group executive for enterprise and government Jonathan Rutherford said.

“We are thrilled to work with the City of Adelaide to build and operate this essential piece of urban infrastructure and look forward to collaborating with more cities, councils and businesses to bring the benefits of connectivity to more parts of Australia in the future.”

TPG built the Ten Gigabit Adelaide fibre network, along with the City of Adelaide, from 2018 to 2020, connecting some 1000 commercial buildings across Adelaide, promising 10 Gbps data speeds. The telco rolled out 82 kilometres of cable, 26,000 spliced fibres, 431 new joints and eight high-density 10G core sites.

City of Adelaide Lord Mayor Sandy Verschoor said the new network will further enhance Adelaide’s reputation as one of the most liveable cities in the world.

“ADL Free powered by TPG will be an integral service for the community as Adelaide prepares to welcome back more tourists and international students, whilst also servicing the needs of all city users and residents,” Verschoor said.

“Not only will the new wi-fi assist businesses in the CBD and help position Adelaide as a leading centre of investment.”

The project is part of the larger Adelaide City Deal, a $700 million, 10-year agreement between the Federal Government, the Government of South Australia and the City of Adelaide to develop the city with infrastructure and services centred around the conversion of the old Royal Adelaide Hospital site to an “innovation precinct” called Lot Fourteen.

TPG will start rolling out the new network “early next year”, and will operate it for an initial five-year period.

Grabbing the hybrid cloud opportunity with Lenovo and Azure Services
By Nico Arboleda
Dec 15 2021
11:12AM